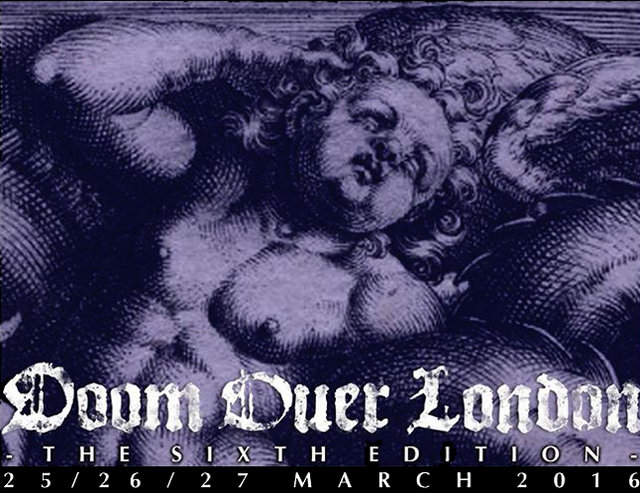 A message from the organisers of UK Doom Fest

Following on from last years storming day long two stage event, we are proud to announce Doom Over London 2016 – The Sixth Edition. Expanded to take in three stages across  two days, with an exclusive single stage preshow on the first day.

Hosted in the North London enclave of Tufnell Park and taking over the Dome, Boston Music Room and Aces & Eights, Doom Over London 2016 will provide a stellar line up across the spectrum of underground doom, experimental gloom and occult infused metal. Taking place between the 25th and 27th March, expect to see some fantastic performances from acts that vary from the gurgling underbelly of the modern cult scene to those who helped laid the foundation of the metal underground as we know it.
We are very, very proud to announce our opening handful of bands, who are amongst 40 odd groups that will appear at next years event. Expect additional attractions, featured acts and details on featured food and drink to come.