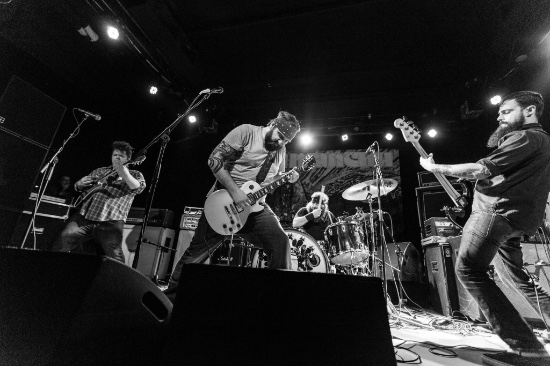 Ripple Music is thrilled to announce the signing of Boston, MA heavy rock quartet Gozu and with it the arrival of their third studio album Revival in Spring 2016.

Since appearing on the underground scene in 2009 after the release of their self-titled EP, Gozu have continued to lay down a furious and rare breed of colossal stoner rock. A sound that in recent years has truly come into its own, two albums deep with 2010’s Locust Season and 2013’s The Fury Of A Patient Man, both released on the influential Small Stone Records label.

Following the critical success of both albums, each likened to early Queens Of The Stone Age and High On Fire (in no small part attributed to singer Marc Gaffney’s impressive vocal work and guitar player Doug Sherman’s monolithic riffs) Gozu quickly came to the attention of Ripple Music who have had a stellar 2015 with releases from Sweat Lodge, Chron Goblin, Geezer and many others.

“Todd Severin and Ripple exude class and a family like atmosphere, which was the thing that truly stuck out for us,” explains Gaffney when asked about what it means to be involved with Ripple.

“Besides having a great roster of bands, when I spoke with Todd regarding his label you could hear it in his voice the love he has for music and the actual caring he has for people he is working with. That was when we knew we’d be in good hands.” 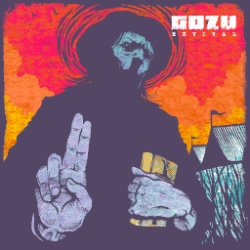 After a number of years playing live shows with the likes of St. Vitus, Pallbearer, Fu Manchu and Church Of Misery – in both the US and Europe at festivals such as Roadburn and Desert Fest – Gozu finally entered Wild Arctic Studios in Portsmouth, NH in September to record album number three with engineer Dean Baltulonis.

With their line-up completed by the arrival of bassist Joe Grotto (Motherboar) and former Warhorse drummer Mike Hubbard, over six days the quartet laid down the eight tracks that make up their new studio album Revival. Mastered by the master himself, Mos Generator’s Tony Reed, at HeavyHead in WA, both Ripple Music and Gozu look forward to unleashing it on audiences worldwide in Spring 2016.