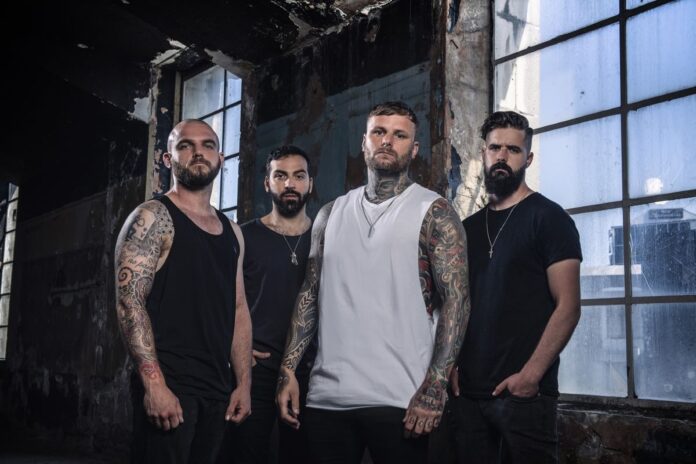 Kris Barras Band are poised to hit the road later this month for their longest UK headline tour to-date.To coincide with the tour, they have revealed a stunning piano led version of their song“Wake Me When It’s Over,” which you can watch HERE.With shows already selling out, they will begin in Tavistock on 21st January. They will then be crashing their way through; Gloucester, Bury St. Edmunds, Dover, Barnsley, Oxford, Exeter, Southampton, Bournemouth, Bristol, Trecco Bay (for Planet Rock’s Winter’s End festival), Tunbridge Wells, Milton Keynes, Wolverhampton, Buckley, Manchester, Newcastle, Edinburgh, Aberdeen, Dundee, Glasgow, Nottingham, Hull, Norwich, Brighton and finishing in London on 25th February. Tickets are available from HERE

Talking about the tour, Barras says; “It’s been a long winter and I can’t wait to get back on the road and for us to rip it up on our biggest tour yet. Our Death Valley Paradise tour was so much fun, and it made us want to play to more people, in more places. There are some venues we haven’t played for a long time and there are some venues and towns that we’ve never played at all. We wanted to give something back to those fans that have been asking to play for years. We can’t wait to get our there and see the whites of those eyes in the crowd and give everyone a great start to the year. Because we can’t think of a better way to kick it off.”

Just before Christmas the band returned to VADA studios, where they recorded their UK Top 30 album Death Valley Paradise to film a live session where they recorded a surprise cover of the Lewis Capaldi #1 hit single“Forget Me,” along with“Chaos,”which became a live favourite on the album tour and their anthem, “Hail Mary.”

On the tour they will be playing songs from their UK #27 album Death Valley Paradise – their highest charting album to date. Following an action-packed year and a half that has seen them tour the UK with Kentucky heavyweights Black Stone Cherry, culminating in a show at the iconic Royal Albert Hall, supporting The Darkness at London’s Shepherd Bush Empire as well as Thunder at Wembley Arena and a triumphant Download festival debut on the second stage this summer

The Kris Barras Band will be taking on their longest UK headline tour to date.
Tickets are available from HERE

Previous article
SINNING WITH JELLY
Next article
DELAIN IN FLAMES