WAIT FOR THE AMBULANCE 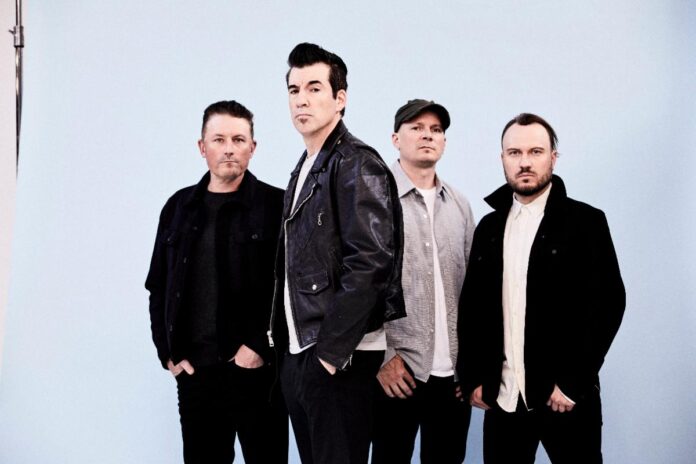 Multi-platinum rock band Theory Of A Deadman has released their new single “Ambulance” alongside the announcement their new studio album, Dinosaur,will be released March 17th via Roadrunner Records. “Ambulance” is a recklessly raucous and righteously catchy party song – PRESS HERE to listen andPRESS HERE to watch the official lyric video. Dinosaur, the band’s eighth full-length, also features the anthemic lead single and title track “Dinosaur,” which is approaching Top 10 at U.S. Active Rock Radio, currently at #12, and marks a return to form stylistically for the chart-topping Canadian quartet. Dinosaur is available to pre-order now; all digital pre-saves will include an instant download of “Ambulance” and “Dinosaur” – PRESS HERE.

“Dinosaur is by far one of the most fun albums we’ve ever made,” shares front man Tyler Connolly. “Our fans are gonna love the return of the riff rock and the classic Theory signature songs, like ‘Ambulance.’ This song is all about that one night you have way too much fun with your friends where you feel like you’re gonna end the night in the back of an ambulance! Dig in and hold on!”

Theory Of A Deadman — Tyler Connolly [lead vocals, guitar], Dave Brenner [guitar, backing vocals], Dean Back [bass], and Joey Dandeneau [drums, backing vocals] — officially introduced this new chapter in October with the release of “Dinosaur.” The hard-hitting song’s riff lumbers ahead with all the swaggering force of a T-Rex and the grace of a Brontosaurus, while Connolly sinks his teeth into one of the band’s biggest and boldest choruses yet: “Hey kids, boys and girls, now we’ve really done it, it’s the end of the world…Now, we’re going out, going out like the dinosaur.“ Since its release, “Dinosaur” has amassed 4 million total streams, been featured on various rock playlists across DSPs including Spotify’s Rock Rotation and Top of the Rock, Apple Music’s The New Rock and Breaking Rock, and Amazon Music’s Rock Arena and Fresh Rock, and received critical acclaim from the likes of Guitar Worldand Loudwire.  PRESS HERE to listen to “Dinosaur” via the official music video and PRESS HERE to watch a live video from the recent Aftershock Festival, where Theory first debuted the song.

Dinosaur, their follow-up to 2020’s acclaimed album Say Nothing, was produced by Martin Terefe (Jason Mraz, YUNGBLUD) and recorded in Sweden at Atlantis Studios, made famous by ABBA. The 10-track collection showcases Theory’s signature wit on “Two Of Us (Stuck),” a breezy piano-laden breakup bop that takes a hard left from the refrain of the Grover Washington, Jr. and Bill Withers classic “Just The Two Of Us.” Elsewhere on the album is the gritty “Medusa (Stone)” and the aggressive “Get In Line.” Ultimately, Theory Of A Deadman is giving rock ‘n’ roll exactly what it needs once more delivering a barrage of rock anthems on Dinosaur. See below for the full track listing.

Theory Of A Deadman will perform tracks off Dinosaurfor audiences worldwide throughout the year. Following a run of dates this winter in New Zealand and Australia, the band teams up with Skillet for the co-headlining Rock Resurrection Tour. The 25-date trek, also featuring support from Saint Asonia, crosses the U.S. from February 17th through March 26th, where it wraps at The Wiltern in Los Angeles. Tickets are on sale now. See below for all upcoming tour dates and visit www.theoryofficial.com for more info and to purchase.

With sky-high hooks, riffs as thick as a 2×4, rumbling grooves, and a razor-sharp sense of humor, Theory Of A Deadman have quietly persisted as an unapologetic, unbreakable, and undeniable hard rock force with major multi-platinum hits and countless sold out shows in each of the past two decades. Jamming together in basements throughout high school, the band burst out of their small hometown of North Delta, British Columbia with the self-titled, Theory of a Deadman, during 2002. In addition to the double-platinum breakthrough album Scars & Souvenirs [2008] and gold-certified The Truth Is… [2011], Theory have notched a procession of hits, including the gold-certified “All Or Nothing,” “Bitch Came Back,” and “Lowlife,” platinum-certified “Angel,” “Hate My Life,” and “Not Meant To Be,” double-platinum “Bad Girlfriend,” and triple-platinum “RX (Medicate).” As the biggest smash of their career thus far, the latter hit, off their 2017 album Wake Up Call, marked their third #1 on the Billboard Hot Mainstream Rock Tracks Chart and garnered a nomination for “Rock Song of the Year” at the iHeartRadio Music Awards. The award-winning band’s last studio album Say Nothing, featuring the chart-topping and powerful single “History of Violence,” landed at #2 on the Billboard Alternative Albums Chart and #3 on the Rock Albums Chart. Theory Of A Deadman‘s impressive catalogue has also logged two Top 10 debuts on the Billboard Top 200 and amassed more than 1 billion collective streams on Spotify alone and nearly 700 million views on their official YouTube.

Previous article
TOT IT UP
Next article
BLANCO PAGE