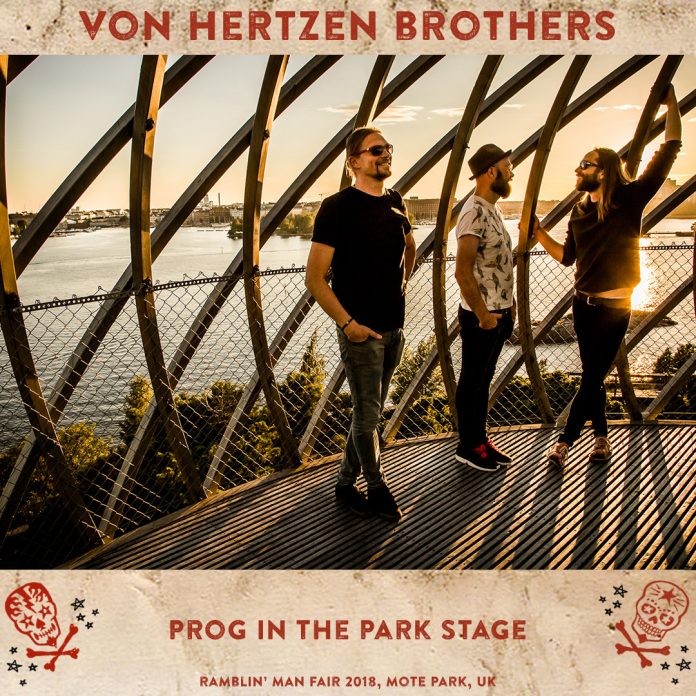 Award winning Finnish rockers Von Hertzen Brothers, are thrilled to announce that they will be returning to play Ramblin’ Man Fair, Mote Park on 1st July 2018.

“We are so excited about returning to Ramblin’ Man next summer and playing alongside the likes of Steve Earle, Blackberry Smoke and Halestorm. Two summers ago we had a brilliant time and are looking forward to playing what is fast becoming one of our favourite UK festivals to play at” says Mikko von Hertzen

The band return following their breathtaking November 2017 UK tour . The band will be performing some classic Von Hertzen Brothers songs, as well as a selection from their new album War Is Over which was released via Music Theories Recordings/Mascot Label Group also in November.

War Is Over saw the band take a new approach to their songwriting technique. Brothers Mikko, Kie andJonne von Hertzen took time to write separately. The trio wanted to invert themselves, strip everything back and except for drums, play all of the instruments and produce the record themselves. “We wanted to re-invent the inspiration and energy in our doing. We had a discussion between us about if we still have it in us, and whether we are still up for this?” Kie ponders. “We wanted to break everything we’ve built into pieces and start again afresh. After doing this for years, we had to ask ourselves whether we still have the passion and music within us? After the last tour, we planned in having an open-ended break before starting to dig deep in writing new music. To our relief songs started to sprout” he reveals. “After getting inspired by each others new songs, we realized that we are on a VHB mission, we’re not going to bend and break.”