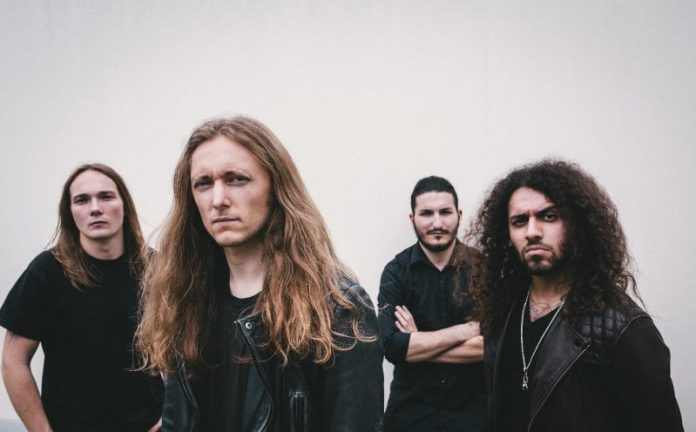 Frontman David Silver comments, “When we were asked if we wanted to produce a ‘live’ video as our next project, we in the band jumped at the idea. I’ve always felt that the best way to communicate with people is for them to get an idea of what we’re about in a live setting. This video however goes a little deeper than that, as the camera crew decided to follow us around for almost the entire day, and so what you have is a really cool snapshot into a day in the life on tour! I’m really pleased with the outcome, and ‘Eat Your Heart Out’ is the perfect song for this type of video as the song talks about what life is like if you’re in a band in 2017, the ups, the downs, the highs and the lows! It’s a call to arms! We hope you will enjoy watching it, as much we enjoyed making it!”

SAVAGE MESSIAH have also announced another run of UK headline shows in April 2018! See further below for the exact dates.

The band comments on the tour, “We’re really excited to announce these UK shows touring in support of our new album ‘Hands of Fate’. We’ve done a lot of support work over the last few years with a really wide range of great bands from Amon Amarth, Trivium, Testament, Armoured Saint, Cradle of Filth and more, so now we’re really looking forward to getting out and playing a full SAVAGE MESSIAH headline set! Make sure you get your tickets early, so you don’t miss this! As we promise this is going to be one hell of a show! See you at the front!”