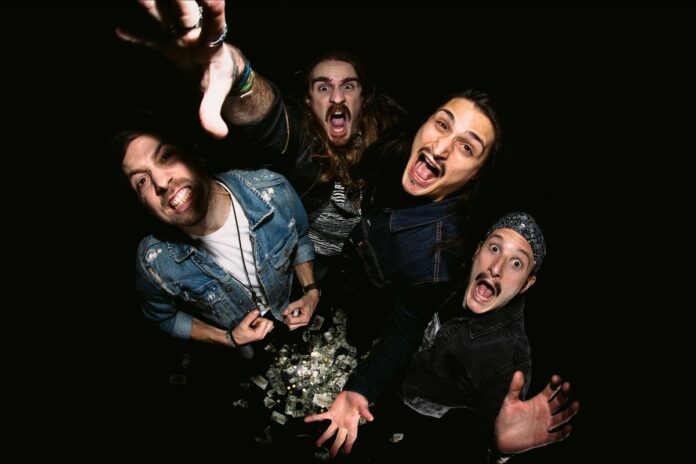 The band comment on the release of the new single: “Sammy Hagar‘s ‘Heavy Metal’ has always been a song that’s close to our hearts, having watched the classic movie Heavy Metal 1981 so many times growing up. During the pandemic we decided to experiment with home recording by working on a covers EP. ‘Heavy Metal’ was the first song we all agreed on and the first to get the D&R treatment in our new home studio. It is as punchy and heavy as the original one. Really makes you want to sing the chorus out loud!”.

‘Heavy Metal’ follows Daxx & Roxane‘s previous releases: covers of Stevie Wonder‘s ‘Superstition‘ and Téléphone‘s legendary track ‘Argent Trop Cher‘, the first ever to be translated into English. Of the upcoming EP drummer Luca Senaldi explains: “This EP is our creative release in between albums. It’s a way for us to exercise the music that inspired us and also to experiment with new recording techniques at our home studio. We didn’t want to go for any obvious covers so we learned more than a 100 songs and ended with these four tracks that really stood out in our style.”