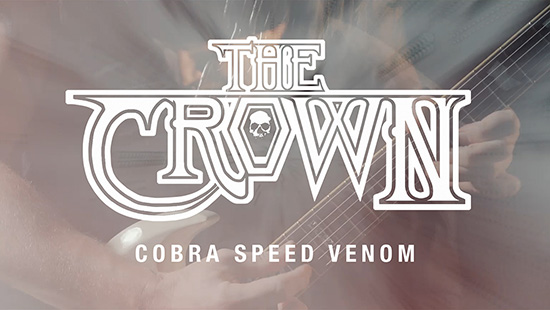 Produced together with Fredrik Nordström at Studio Fredman the record promises to be one of the biggest surprises of the year. A return to Death Metal speed and darkness in full glory!

“A 5 minute Death Metal Grindcore Opera! Take a deep breath before the plunge – This will drag you down into the deep Waters!”

Comments THE CROWN on their new album ‘Cobra Speed Venom’: “We are really looking forward to finally be able to show our fans how damn good this band can be when the circumstances are right. With that I mean to be able to do an album the way we want to do it: creating as a band, rehearsing as a band, recording as a band. You will hear a band performing here, with fierce energy and hunger!”

Surf over to metalblade.com/thecrown to check out the video for the first single ‘Iron Crown’. At the same location you can pre-order the album in the following formats:

Previous article
Tip Of The Tongues
Next article
Vulture Club