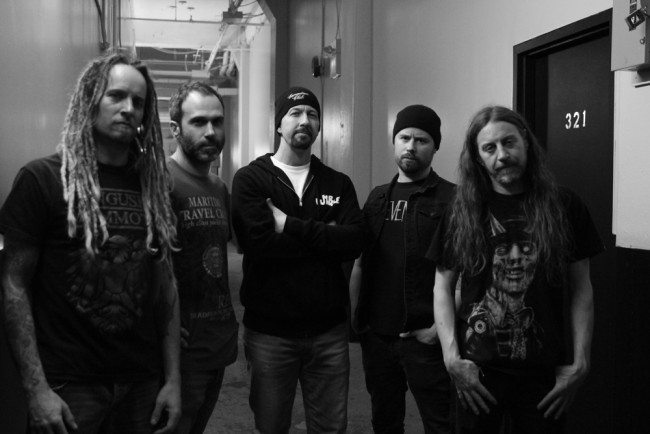 Get a track from metal onslaught right now

The oncoming onslaught of metal that is VANTABLACK WARSHIP has been fine tuning its craft to set sail with their debut self-titled EP set to be unleashed on October 9th, 2015 through Bandcamp and iTunes. But before its release, the five-piece juggernaut has teamed up with MetalUniverse.net for the exclusive premiere of their first single ‘The Pit’, which can be heard at the following link: http://www.metaluniverse.net/nouvelles.php?id_nouvelle=24887

Like the slow churn of a mechanical wheel grinding metal, the warship produces a punishing onslaught of sound from start to finish. Lyrically, the dreadnought writing forces are their bassist and vocalist, who focus on themes surrounding current events, horror, and politics – sometimes all rolled into one song.