The Devil’s Seven is the second album from Birmingham Metallers Valous and is the follow up to debut album ‘The Things You Once Knew’ released in 2013.
The album is based around the concept of The Seven Deadly Sins with each track representative of a different Sin.
The album includes  ‘Cruifixation’ and ‘Vengeance Be My Guide’  which have already become live favourites, and features a guest appearance from Left For Red’s LC Decoy on the track ‘Unoriginal Sin’.
The Devil’s Seven is due for digital release on Monday 4th May and will be available to purchase in Cd Form at a special album launch show on Sunday 3rd May at The Flapper, Birmingham which will be the very first date of The Devil’s Seven UK Tour.
MVM will be there on Sunday, and we’ve got a copy of the album too, with our review publishing this weekend. 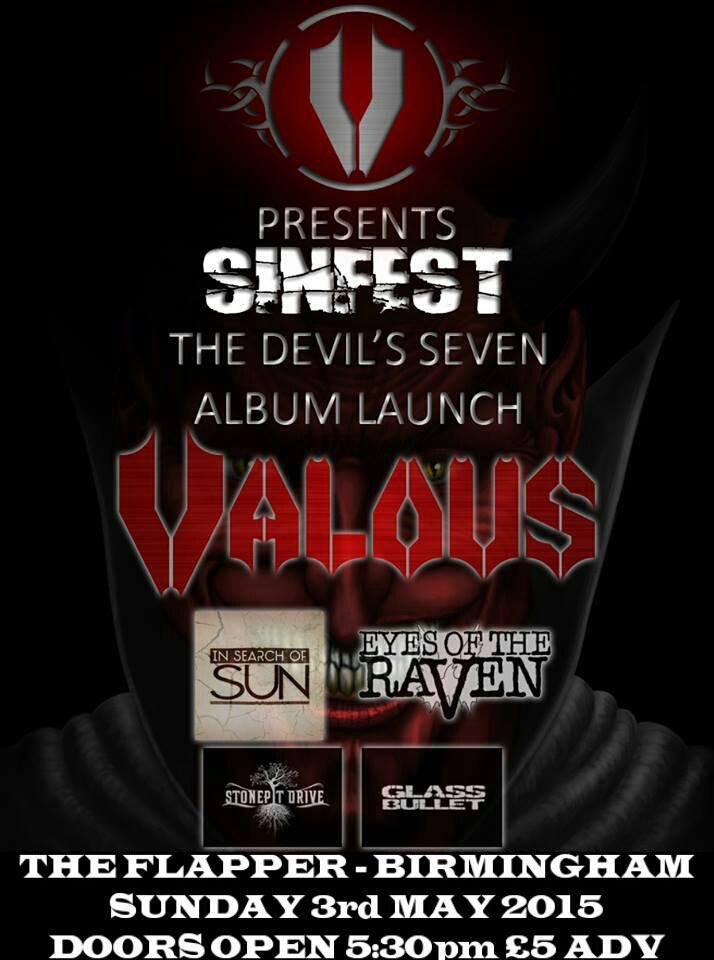