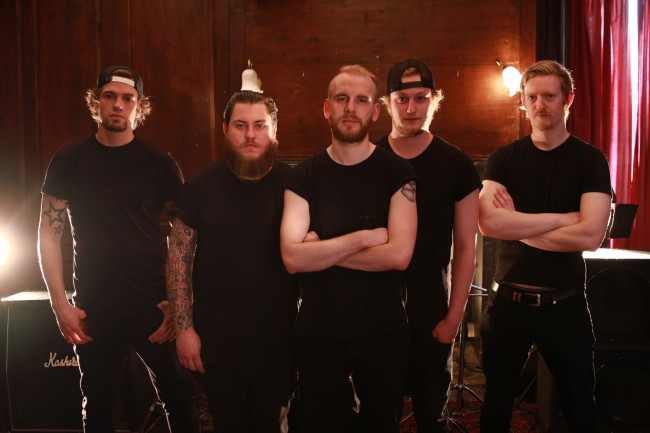 Rising metalcore crew have released ‘Creation Theory’, their spanking new video, taken from EP ‘Crown Of Venom’ out this September.

Hailing from the South West and born in 2010, Koshiro are peeling back thelayers and traversing new ground with their engaging blend of metalcore. By pulling from a range of influences from modern metal behemoths Bring Me the
Horizon, Of Mice & Men and Beartooth, through to heavyweights like Deftones and Killswitch Engage, Koshiro have distinctly etched their very own signature sound on proceedings, and the evidence is apparent on their highly anticipated new EP ‘Crown Of Venom’, out Friday 25th September.

With a handful of singles and an EP already under their belts, and an army of followers in tow, the band’s reputation and reach is certainly on therise. The assiduous unit are also no strangers to touring, and have
extensively played throughout England, sharing stages with everyone from Feed the Rhino, TRC, Lower Than Atlantis, The Safety Fire, Blessthefall, Malefice, I, The Breather, and LIFERUINER.

In 2015, the quintet hit the recording studio with long-time collaborator Kevin Peters from Anemic Studios to lay down cuts for their sophomore EP, and the results are mighty impressive. Vocalist Ben Errington remarks:
“These new songs are both the most chaotic and the most heartfelt we’ve ever put together. There are tracks on this record that I never thought we’d be capable of; we really wanted these songs to capture our live sound perfectly
but take it to the next level, really expand upon our grand ideas which have progressed from our past singles.”

Koshiro have produced a record that showcases the band’s ability to unleash killer riffery with progressive rhythmic and melodic harmonies. Their new single ‘Creation Theory’ perfectly highlights and showcases the Bristolian’s
sound in all its glory; it’s a stunning amalgamation of cut-throat riffs and visceral vocal lines that will leave you pining for more. Look out as the band hit touring venues throughout the country this Autumn.