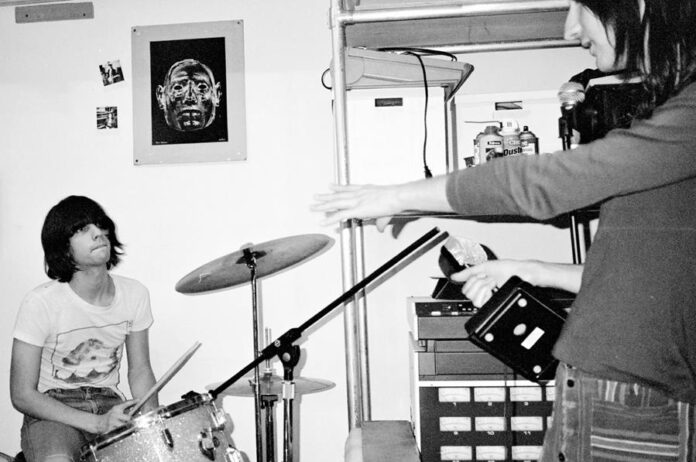 Today, The Lemon Twigs release “Corner Of My Eye,” a poignant, 60s-tinged rock song and their first single for the esteemed Brooklyn based independent label Captured Tracks.

The release marks their first new music in two years, following the 2020 album Songs For The General Public. “Corner Of My Eye” is a warm, guitar-led ode to a new love interest, written and produced entirely by The Lemon Twigs.

On the release, The Lemon Twigs say, “We recorded this track winter of 2021 in our old rehearsal studio in Midtown, NYC. Apart from the vibraphone, the instrumental track was recorded live with Andres Valbuena on drums and Daryl Johns on upright bass. We laid down the vocals late that night once the traffic outside had died down. We’ve had the song for a while now, so we’re excited to share it with fans who may have heard it live over the years!”

“Corner Of My Eye” is accompanied by a wistful video set in a cemetery, directed by Hilla Eden and Brian D’Addario.

WATCH THE “CORNER OF MY EYE” VIDEO HERE

The prodigiously-talented duo first emerged as The Lemon Twigs in 2016 with their debut LP Do Hollywood. Their breakthrough featured show-stopping melodies mined from every era of rock and quickly earned them fans such as Elton John, Questlove and Jack Antonoff.

Go To School, their ambitious 15-track coming-of-age opus, followed in 2018 and solidified the band’s reputation for building grand walls of sound around an audacious concept. 2020’s Songs For The General Public earned critical praise from NPR, Vice, Teen Vogue, Stereogum and more.

Previous article
GET ON THE CASEY
Next article
FURTHER READINGS