Turpentine Is All Mine 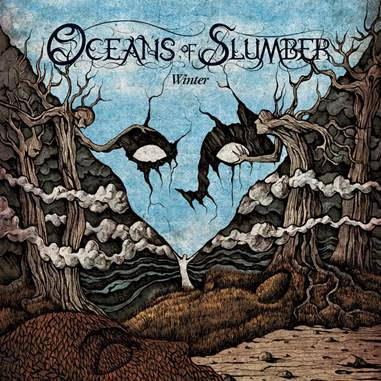 Brand new song ahead of album

As we prepare for Winter, we have already been privy to two faces of what will make OCEANS OF SLUMBER’s debut Century Media release so unique in a sea chock full of aural-monotony. Whether it was the dark, brooding melodies found in the album’s title track, “Winter” or the beautifully ominous hymns of ‘Suffer The Last Bridge’, OCEANS OF SLUMBER have shown us that Winter will not be an offering that rests upon one single musical formula. Now, as we see the release on the horizon, the band shows the world yet another face in the form of the track simply known as ‘Turpentine’.

OCEANS OF SLUMBER on their new offering; “… and now to the other side of what we do, we bring you all the boudoir vibe and the delta blues sounds of Turpentine. A song that combines our furthest influences with our most primal, this is the opposite side of our extreme metal leanings and our Prog tendencies and the ultimate result of the Bayou City that helped spawn what we are today.”