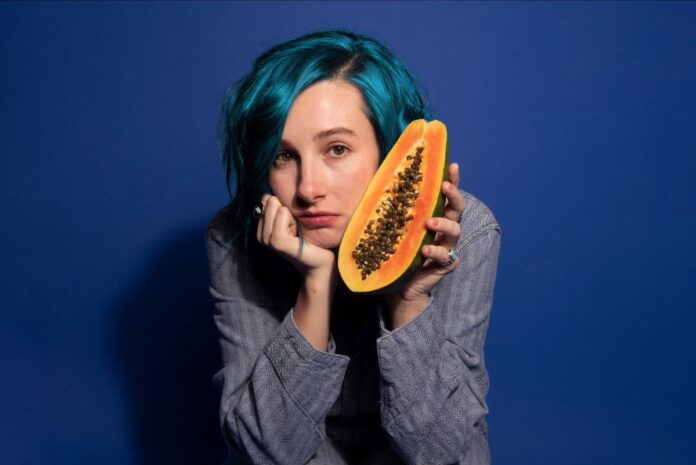 Slothrust’s Leah Wellbaum shares: “I wrote and recorded the demo of ‘Waiting’ in my house in Glendale in early 2019. I was trying to be really honest with myself at the time while remaining optimistic. I want this song to serve as a reminder to people that it is possible to break out of the cages we keep ourselves in. Even if the moments are fleeting. Healing is not linear. Look for signs in nature.”

Parallel Timeline was released last September via Dangerbird Records and features the singles ‘Cranium‘ and ‘Once More For The Ocean‘. The new album and singles received huge acclaim from the likes of The Times, Uncut, Dork, Diva, Gigwise, Louder, Consequence, Stereogum, Loudwire and more. To purchase, please visit: https://ffm.to/paralleltimeline.

Educated musicians all with backgrounds in classical, jazz and blues, Parallel Timeline sees Slothrust leaning into improvisation — something that in the past has lent itself to the infectious energy of their live shows. Parallel Timeline, mixed and co-produced by industry legend Billy Bush and mastered by Heba Kadry is a masterclass in balancing tenderness with the fierce guitar work Wellbaum has become known for. With a distinct yet unified sound that blends progressive rock, acoustic and pop, Slothrust has never been more confident.