Track By Track: Cove – We Were Once Lost 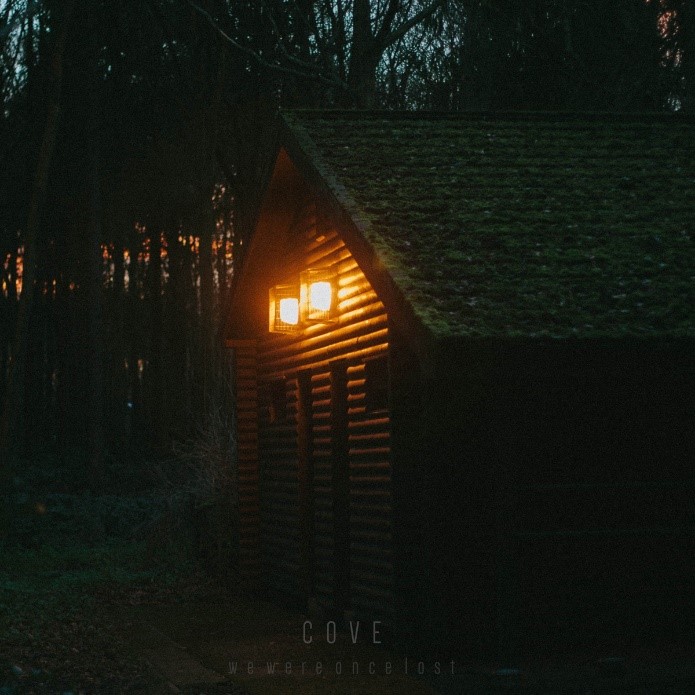 Recorded with producer Oz Craggs at Hidden Track Studios, ‘We Were Once Lost’ sees Kent COVE mob succeed in their aims of writing “heavy, riffy music, with big choruses that make you grab your friends in the middle of a mosh pit and sing along”. Featuring thudding, muscular grooves and stomp paired with ferocious roars aplenty, COVE’s debut is a post-metalcore powerhouse, evoking Ruin/Hollow Crown era-Architects, whilst also drawing from the gene pools of Defeater and While She Sleeps. Bruising riffs and urgent, desperate screams give way to moments of melodic, textured respite, before plunging back into the abyss again – COVE already leaps and bounds ahead of their would-be peers. With just a month to go until the mini-album’s release, the band give you an insight into what it holds, track by track…

This being our first release meant that a lot of the songs were written without a game plan, and just written for the sake of writing songs we wanted to hear. Often we’d listen to music of other bands and hear parts we liked, normally the dynamic or tempo and get inspired by that. A lot of the earlier written songs were written on computers with programmed drums and were often guitarists Ben and Pete trying to write the most complicated stuff they could, whereas the later written material has more of a live aspect taken into account. The aim became to meet in the middle and write songs that were not only fun to play live, but also had parts that were interesting to the listener. About 60% of the songs were written before our drummer Jack and our Vocalist Sam joined, however they both helped create finished product enormously.

When it came to recording we didn’t want the sound to be too polished. A lot of us listen to emo, punk, grunge and hardcore bands, so we wanted something that still sounded organic and not too overproduced and metal – even though some of the actual guitar parts would be classed as “metal” – we wanted to keep the sound raw like hardcore bands. This meant no over editing, and choosing recording takes that were not always “perfect” but had more feel to them, something producer Oz Craggs is great at.

Track 1 – (…): This was something we used to jam out in rehearsals and start our set with, it’s not so much of a track but rather an intro to get us pumped to play, it rolls straight into the next track.

Track 2 – (No Place): This is the oldest track we have musically – in fact, the EP is actually mostly ordered chronologically. The main riff features an odd time signature that was written by accident quite a while ago. We wanted to keep the song flowing though so had a punky fast paced straight chorus. This song also features probably the most melodic middle section on the entire EP. Lyrically this track was written about people who are ignorant to things they don’t understand, specifically subjects like heavy music. As a result, they never truly listen to find meaning or substance, but merely hear and make judgment from that. The songs has points of anger but also vulnerable parts demonstrating the emotion in this music. Playing this song personifies the meaning and the passion is translated in the performance.

Track 3 – (Dead Sea): This is probably the most chaotic song on the EP. Guitarist’s Pete and Ben have always liked how bands have used harmonics in riffs, which inspired the main verse riff. It also takes influence from a lot of earlier Architects albums, with discordant harmonies and runs, which can be heard in this song before the end breakdown. This was the first track lyrics were written for and the song that actually introduced our vocalist to COVE as we were looking for a singer at the time. Sam later listened to the track and wrote the lyrics within a day. It’s about a certain breed of people that seem to bring everyone down around them, but failing to realise they are their own downfall. It packs a hell of a punch live.

Track 4 – (Buried): This song was musically influenced by the song “The Void” by a band called “Last Witness”. The main riff was something we all thought was really cool. It was slow and sludgey, groovy but also so heavy. We wanted to write something like that, where the riff was the hook in the song. It’s probably one of our favourite songs to play live because the riff is so fun and the end breakdown gets such a good reaction. Sam took lyrical inspiration from a time in which he was working a job where he was surrounded by people with little to no aspirations in life. They would choose this menial job over personal opportunities or chances to truly live. All around people were digging metaphorical holes to dead ends and he wanted to say something about it.

Track 5 – (Sonder): This was originally an interlude, a lot of us listen to bands like More Than Life, and other melodic hardcore bands that have really melodic sections that build in intensity. Originally planned as just an instrumental piece, we all loved the lyrics that were sang over it in a rehearsal and so we thought it deserved to be turned into a full song. This was the first song we recorded in the studio and was finished very quickly, simply due to the raw emotion involved. They are about the one person you know will be there if/when the weight of life gets too much and for Sam that person is someone he hold close.

Track 6 – (Found At Last): The basis of this song that was written in 2014 before the band had even started! However the song got chopped and changed and eventually sounded nothing like the original idea for the song. The beginning riff is probably collectively one of our favourites and it was one of the last to be written musically. The lyrics in this track site the EP’s name, “we were once lost”. As a band we all closely relate to this song as its about pushing boundaries, taking risks and stepping into the abyss without a second thought. For us all this is COVE. Our vocalist Sam moved from his small hometown to London, to pursue his love of music and this song speaks that action. It’s a song of unity and was written to sing along too live.

Track 7 – (An Honour): This was the last song to be written on the EP, it was written randomly in a day by guitarist Pete. As soon as he wrote it he rang up our drummer Jack and told him we needed to book in another day to demo as this song should be the single, even before the lyrics had been written. I think collectively this is our favourite song, it has a wide range of dynamics and big anthemic choruses, something the band want to look towards more for future material. The instrumental and vocal came together so naturally and goes down well live as an in your face ear and eye opener. The message is to simply make people aware of the many wars which still rage on today killing millions of innocent people all for nothing and I will scream for the weak voices that are victims of this modern day travesty.

Previous article
Plenty For The Consumer
Next article
Endless Sinning