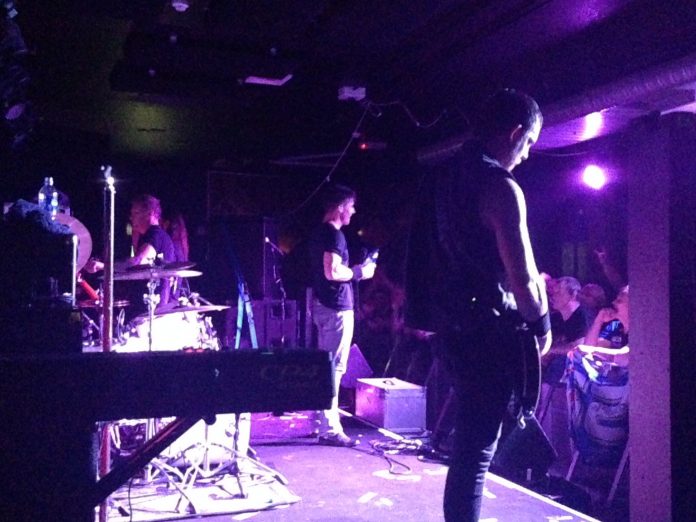 Gary Foster, of WCRFM 101.8, went to see Toseland on Sunday. Here are his thoughts on a revved up show

A packed, very warm crowd awaited the return of James Toseland and his band of Rock ‘n Roll Renegades for the first time since their debut appearance at the same venue last December.

It’s been an incredible 18 months since the band performed on the acoustic stage at Download 2013 and with each month that passes the band attract more & more new fans.

The band burst onto the stage with tremendous power & energy and hit the audience right between the eyes with the opening assault of “Got To Be A Better Way”, “Burning The System” and Life is Beautiful” with an opening like that Mr Toseland and his band mates certainly had the capacity crowd eating out of the palm of their hands.

Most tracks from the bands fantastic debut album ‘Renegade’ such as “Good Eye Blind,” “Just No Way” and new single “Singer In A Band,” followed during the set and the band even felt confident enough to include a couple of new songs destined for the 2015 follow up album.

A couple of storming cover versions of The Teardrop Explodes “Reward’ and Elvis Costello’s “Pump It Up” were lapped up by the enthusiastic crowd before the final anthem “Crash Landing” sent everyone home happy.

Toseland are a band on the up and from the expressions of the band as they left the stage they certainly seem to be enjoying the start of the climb.

Garry presents the Unchained Rock Show on 101.8 WCRfm at 10om on Thursday nights.