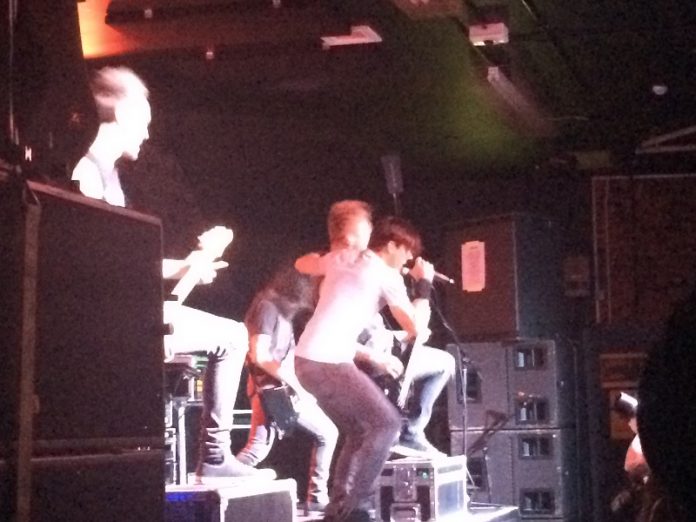 Quite why Blackwolf never headlined places like this was always beyond MV. We can only hope that in a couple of years’ time we aren’t asking the same question of Illustr8ors. The latter is the former, if you see what we mean. The same line up, (largely) the same sound – notwithstanding the fact that “Hush Hush” sounds like Led Zep gone funky – and a collection of great songs. With the Blackwolf sheen and strut, the fact they’ve also got Scott Sharp on vocals still is a huge plus. Able to sing better than most, he’s yet to find a crowd he couldn’t try and win over, which shouldn’t be needed really after the likes of “Something Biblical” and the first single “Your Animal” have been aired. The second of the two is like taking a wrecking ball to a model village so mighty is its groove. Suffering, as you’d expect, from the fact that very few people have heard this new material yet (their debut EP is three weeks from release and is reviewed elsewhere on the site) you suspect their best moments are yet to come, but those times could be very good indeed.

Toseland – both the band and the man who’s name they bare – are excited to be here. Many times during the 90 minutes they are on stage tonight he makes mention of this being the biggest show on the tour – this presents its own issues given it’s only the second date.

No matter though, because if the only way is down (in size) after this, then everything else in the world of Toseland is pretty damn rosy right now and they ae a band on the rise.

They’ve done things the right way too. Releasing a couple of albums, an EP and touring the country as often as is humanly possible. The result is a decent fan base, not here because of what James Toseland was (look it up if you don’t know) but because of what he is – namely the front man in a very decent rock n roll band.

With that body of work to match – and beat – most of their hard rock contemporaries, the five piece, who are tight but not slick and still recognise this is a fun show above all, kick off with the title track to this years “Cradle The Rage” album. This like many of its brethren is something of a slammer, “Puppet On A String” is even more shiny and eager to please, but “Stranger Things” with its barely concealed desire to let its hair down and strut is a real highlight.

Not that the earlier stuff is forgotten. “Hearts And Bones” has plenty of friends here and the likes of “Life Is Beautiful” and the wonderfully simple “Gotta Be A Better Way” , which have become road tested and real stellar offerings, while “Crash Landing” makes for a fitting closer.

Every inch a rock star now, Toseland, a man possessing of a real easy, everyman type charm, re-emerges into the blistering heat of The Slade Rooms to take things up a notch in the encore. “Singer In A Band” is very much a signature song, while “Renegade” (which admittedly was co-written with Toby Jepson) is the lost Little Angels tune and the piano stays out for “We’ll Stop At Nothing” which, as well as being uplifting is imbued with a real steely determination.

One of the most popular and talented bands around, Toseland have gone beyond promising and are very much delivering what they always seemed likely to.  Nights like this prove it.