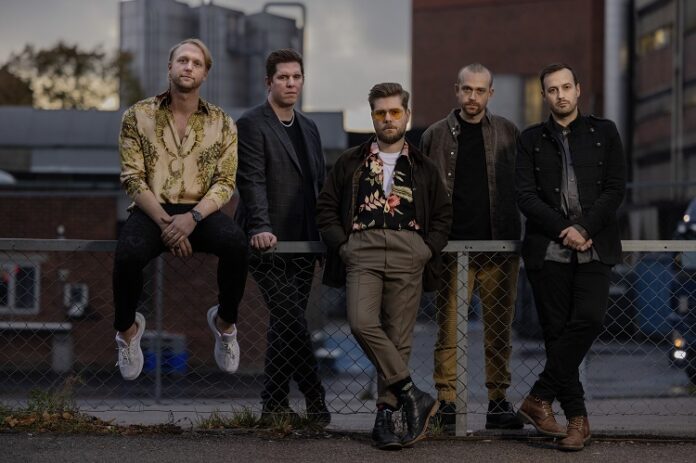 Non-Euclidean Heart is Maraton`s second single from their upcoming album. The song is both vulnerable but at the same time an optimistic track, with catchy melodies and groovy rhythms that immediately sticks.

About the upcoming single, songwriter and guitarist Simen Ruud states:

“I wrote Non-Euclidean Heart about forging your own path in life and doing whatever feels right, despite expectations. The lyrics have a very self-aware and sarcastic quality to them, and the lyrical themes worked really well both musically and sonically.“

Maraton creates a distinct and iconic sound that is characterized by combining and experimenting with different genres. They include elements from everything from electronic music, indie rock, pop and progressive metal and the result is a truly unique take on alternative rock.

Maraton released their debut album “Meta” in 2019, with great success and reviews internationally. At the time of writing the band’s fan base is constantly growing and their debut album has almost 3 million plays on Spotify alone, despite the pandemic and little to no opportunities for concerts.

Maraton will be releasing their second album fall 22.

Previous article
PALATIAL SURROUNDINGS
Next article
THESE ARE THE DAYZE