Today’s The Day For Abigail Williams 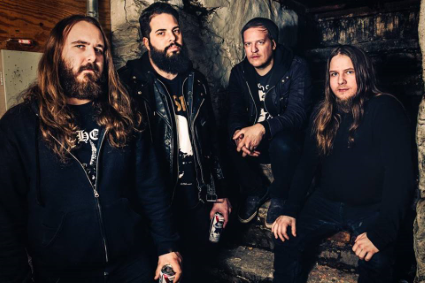 Brutal trip around the US begins this September

ABIGAIL WILLIAMS have announced an autumn tour with Today Is The Day.  Set to begin September 11 at Metro Bar in Salt Lake City, the tour will visit 30 cities before it concludes October 16 in San Francisco.  Vocalist/guitarist Sorceron recently noted, “after a year off from touring, we are looking forward to getting in the van again.”

Currently finishing up a run of headline dates, Abigail Williams has now completed their forthcoming new album; release date expected for announcement in the coming weeks.  Candlelight Records recently released a special 4-disc collection, From Legend To Becoming, available now in stores nationwide.  The limited edition collection includes the band’s three full-length albums, 2008’s In The Shadow Of A Thousand Suns, 2010’s In The Absence Of Light, 2012’sBecoming, plus their debut ep Legend.

Sorceron has been keeping busy the last year working on the new album plusl participating in other recording projects – Lord Mantis, Missing – and serving as producer and engineer on other recordings.  He premiered early versions of two songs expected to appear on the new album via No Clean Singing last winter.  “Musically this album is very diverse,” he said.  “the overall vibe is way more negative compared to our last album.  Artistically this is the best line-up I’ve had the pleasure to work with over the years.”

A Spotify playlist featuring songs from across Abigail Williams history is available HERE.

Previous article
Yesterday. All Richie’s Troubles Seemed So Far Away
Next article
It’s All Good For Kodiak Jack