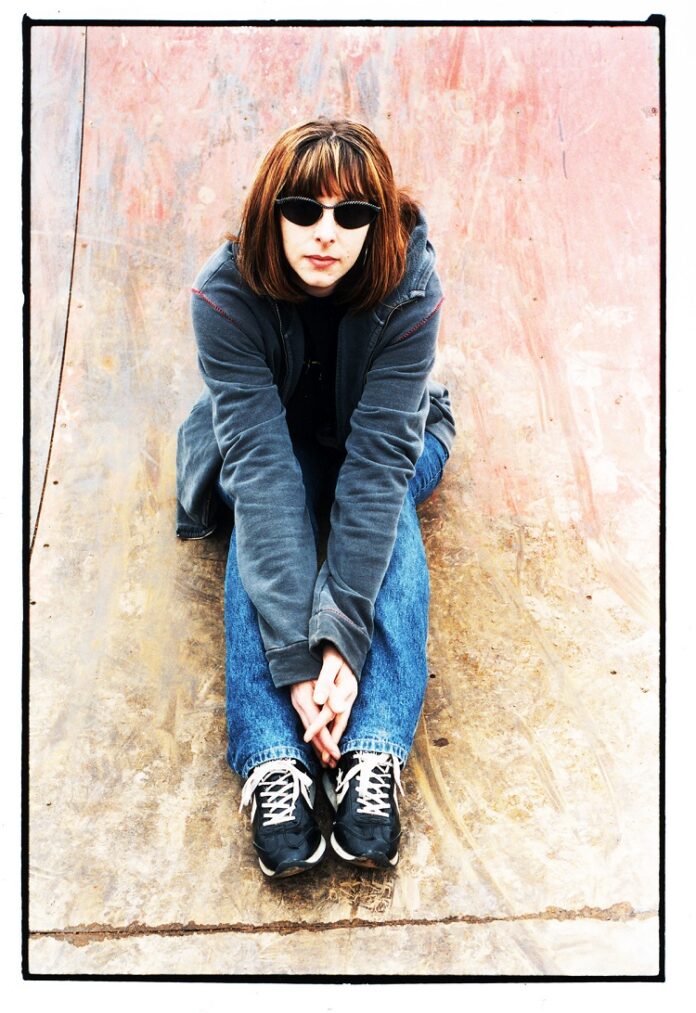 To celebrate yesterday’s official dawning of Spring, Welsh cult-icons HELEN LOVE have released the wonderfully upbeat new single ‘Let The Sunshine In’ which is out now on Alcopop! Records.

One of the most positive moments from her recently released critically-acclaimed 10th album This is My World, as a whole the reflective record sees Helen taking stock, painting a nuanced and honest portrait of life growing up in Wales.

CD singles are a bit trite these days—and a 7″ single in particular a lifetime of pressing delays away—so Helen and label Alcopop! Records have marked the occasion by sending everyone who bought the album a shimmering bright window sticker (designed by Rhi Lee) with a QR code leading to a free download of the track, so that anyone walking past can quite literally delight in the joys of spring by downloading the track for themselves.

Grab a sticker for yourself at: https://shor.by/ThisIsMyWorld

Crowned Louder Than War‘s latest Album of The Week, and picking up support from Classic Rock, Shindig! Magazine, legendary ’70s New York music mag Trouser Press, and a host of spins from perennial fans at BBC 6music, the album has been heralded as the band’s best to date.

Rolling joyously into her third decade of making music, front woman Helen Love is undoubtedly now a national punk institution. First releasing records back in 1992, through a career that has undulated from Love and Glitter to Hot Days and Musik she has persevered, thrived, and reached new generations of fans with each new offering.

Writing an increasingly rich and deep catalogue of bubblegum disco DIY club anthems for the best part of 30 years with no signs of slowing down, she’s now sharing the limelight with her daughter—born during the course of Love’s own songwriting career—who has just had her first song as Femmebug played on BBC Wales. The Love dynasty endures.

Commenting on the change of direction behind the new record, Love says: “The album that I started recording on a misty wet February day earlier this year is not the record I was expecting to make when I finished it on a cherry blossom weekend in early April. The songs seemed to just fall out of the sky. The fuzz pedal stayed in its box, the amps were turned down, the synths made way for trumpets and a string section came out of the cupboard…whatever this record is, it’s honest.”

Helen Love’s 10th album This Is My World is out now via Alcopop! Records