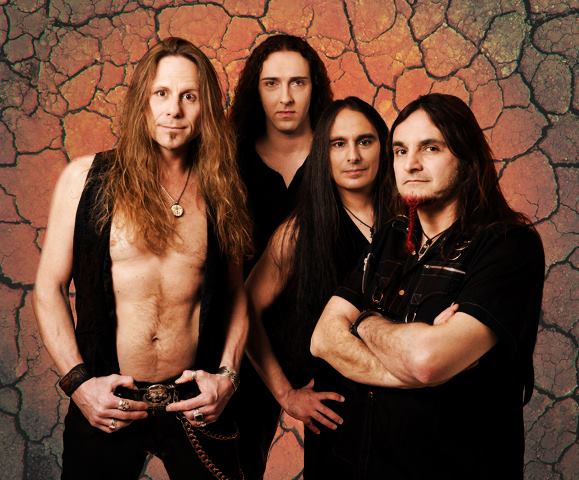 Melodic metallers out on the road

Freedom Call, Germany’s premier Melodic Metal band, have lined up a headline tour of the UK next month, following their tumultuous, utterly uplifting, off-the-scale special guest slot with Sonata Arctica at London’s Islington 02 Academy on May 2nd. Dates are:-

Freedom Call, the ‘happiest metal band in the world’, released their 8th studio album, ‘Beyond’, to huge acclaim in February 2014. ‘Beyond’, which marked the return of founding member, bassist Ilker Ersin, and the addition of drum wizard Ramy Ali, was awarded 8/10 by Powerplay’s Sam Khaneka, who stated in the March 2014 issue that “In the way that only Freedom Call can manage, the entirety of their latest, ‘Beyond’, exudes joy like nothing else, with elation essentially being the theme of every song. Sure, there are a couple of moments where the band delve into a slightly heavier mindset, not least on the storming ‘Heart Of A Warrior’, but then ‘heavy’ by the Call’s standards is still ridiculously upbeat…Of particular note is the fact that Freedom Call have attempted to move out of their comfort zone with a title track stretching close to eight minutes in length, there’s just enough stylistic variation to the arrangement to keep it interesting – even if it’s not quite as immediately captivating as the rest of the album. On the other hand, ‘Dance Of The Devil’ shows the band channeling a slightly culturally-infused rhythm, with the result being a track that sounds like a heavy metal version of The Lion King. It’s a real highlight, and both songs add a slightly different element to an album of solid and unabashedly upbeat power metal.”