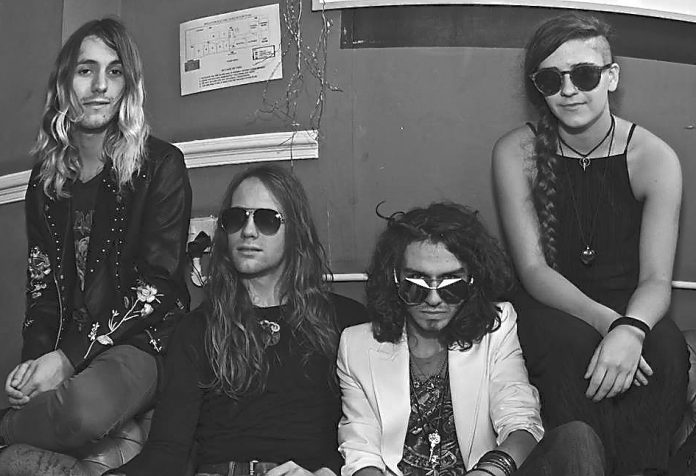 Welcome to one of the most exciting new British rock acts.

Based around the precocious talents of vocalist, guitarist, pianist and songwriter Chris Payn, Hightown Parade are a band that write songs like they have been doing this for years. “Choose” is the perfect introduction to the band. Two and a half minutes of instantly memorable bombastic rock. There’s a theatricality to their sound that’s flamboyant and musically diverse, echoing the likes of Queen and T-Rex. This is mixed with a simple Rock’n’Roll revivalism and radio friendly pop rock. Hightown Parade produce infectious melodies woven together by Chris Payn’s voice, a stomping rhythm and groove led by bassist lo Kaloudi with a vigorous dialogue between Galen Stapley’s eccentric guitar and Chris Sampson’s guitar and piano.

The band are currently finishing off their debut album which set for release in 2018.

Hightown Parade are just venturing out into the live arena. Taking their ambitious sound to venues across the country. Confirmed dates are