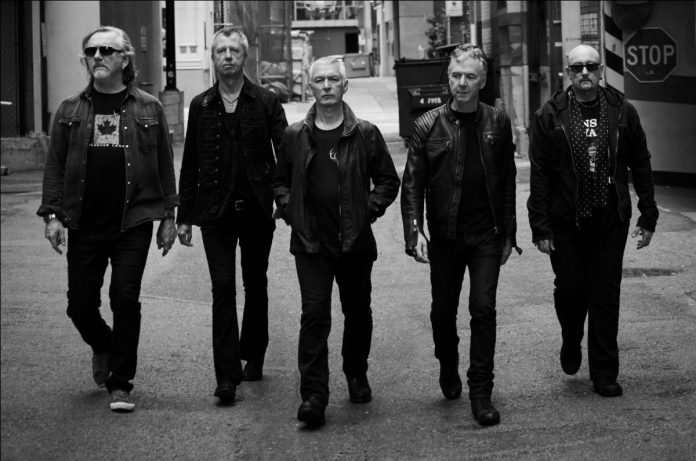 Thunder, AEG & Live Nation are delighted to announce that in 2019 the band will once again be hosting their celebrated Xmas show. This year, for the first time ever, rather than just offering A Christmas Carol at one venue, Thunder are planning A Tale Of Two Cities as they perform in both Birmingham and Manchester.  The first show will be at the O2 Academy Birmingham on the 20th December, with Manchester Academy 1 on the following night.

The much sought after, and limited, VIP packages will go onsale on Tuesday 28 May 2019 at 10am via the Thunder online store, with the general on sale being Friday 31 May at 10am.

Both of these special shows will follow the now traditional format, and be comprised of two sets. The first set will be a sit down, acoustic performance – recalling the recent tour dates in support of the successful ‘Please Remain Seated’ album – whilst the second set will be an altogether more raucous, fully electric affair. The band promise, as ever, that the setlist will feature an eclectic festive selection box of hits, rarities and covers.

Danny Bowes said, “The Thunder Xmas Shows have become a highlight of the year for both the band and the fans and we’re delighted to be making two stops this year. It’s a brilliant way to round off the year and we can’t wait. If you want to join us then please don’t hang about as the tickets always fly out for these shows and if you miss out Yule be sorry. And, yes, that’s enough of that nonsense.”

The Thunder Xmas shows have become fixtures for many fans, the band never disappoint and in 2019 with shows in both Birmingham and Manchester, there is no better way to mark the festive period; truly, it’s the most Thunder-ful time of the year.

VIP TICKETS will be sold on the online shop:
https://thunder-online-shop.com/