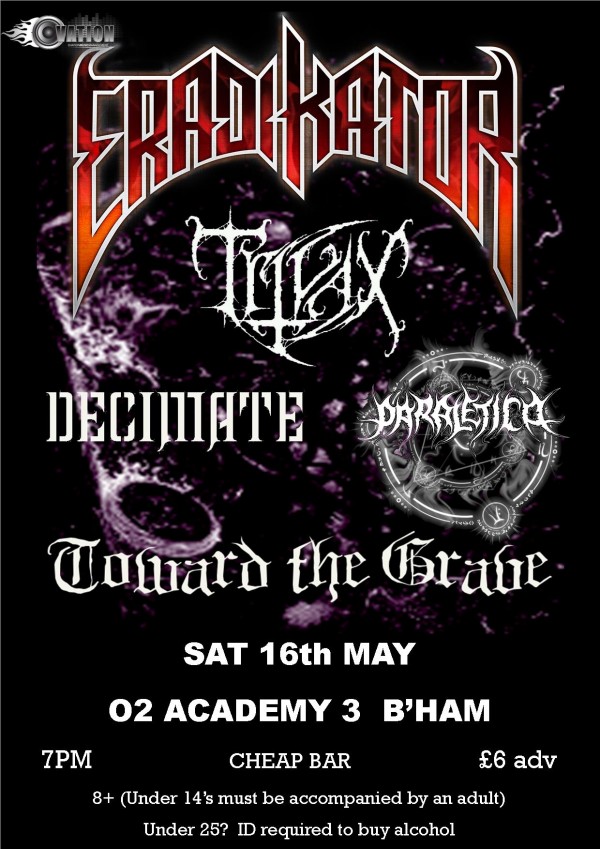 Well, that’s what we’ll be doing on 16th May

The incomparable Ovation Music have done it again, and put together a stunning bill for later in the Spring.

Featuring five of the heaviest bands around the night will be headlined by Eradikator, who will no doubt be playing tracks from their hotly anticipated second album which is due to drop soon.

The Brummie thrash kings will be joined by a host of other bands including Iranian black metal mob Trivax, Decimate and Toward The Grave, as well as our friends – and the nicest guys in metal – Paraletica, who will be supporting Death Angel later in the year.

MVM will be there, so should you.

Email newsletters for bands at ReverbNation.com