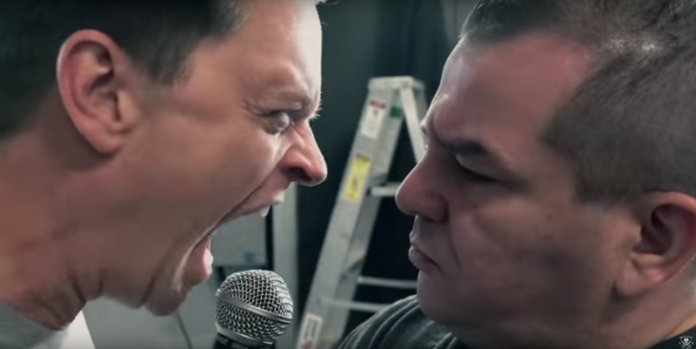 May 15, 2016
Facebook
Twitter
Pinterest
WhatsApp
Linkedin
Email
Print
Telegram
Copy URL
By Andy Thorley
If you wondered what Brian Johnson was doing now…..
Jim Breuer recently released his first music video for track “Thrash“. The single comes off of his forthcoming musical debut Songs From The Garage which is out May 27 via Metal Blade Records. Supported by backing band The Loud & Rowdy, the album is a mix between comedy and heavy music that is unadulterated fun (it also features vocals from Brian Johnson of AC/DC and was produced by Rob Caggiano of Anthrax).
The video features Jim hosting a metal show in his garage.
Previous article
More Pet Sounds
Next article
The Freddy Scholarship Is Go