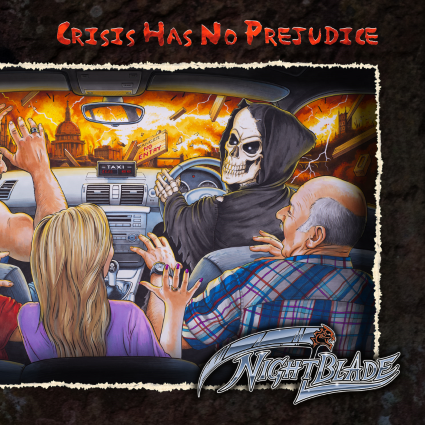 Midland’s based rockers and NWOBHM specialists Nightblade are pleased to bring you the new video “Crisis Has No Prejudice”.

Taken from the EP of the same name, the clip was filmed on location at Rushock Church in Worcestershire with the kind permission of the Church itself and the Bonham family.  The Church is the final resting place of the legendary John Bonham.

Mark Crosby from the band said: “it was a total honour to be allowed to shoot the video there. Especially in a place with such a rock n roll heritage.”