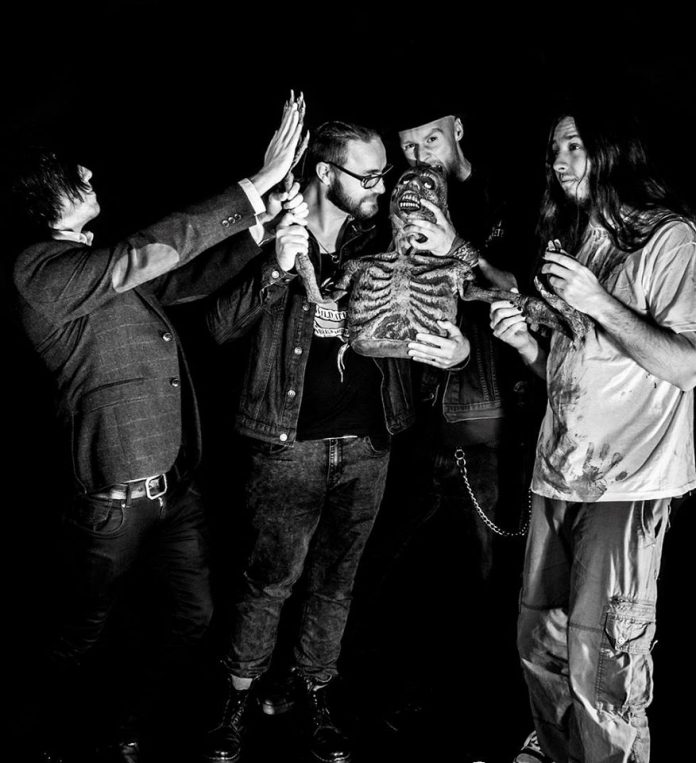 Black smiles out next month

Said to be their most accomplished and ambitious work to date, the record is designed to replicate a double feature in the cinema, and is split into three parts.

Fittingly, the band are also releasing a short film – also entitled Black Smiles – to coincide with the release.

Hailing from Birmingham Thirteen Shots bring a wealth of genres to the album.
The band are working hard to promote this record with a European Tour at the End of May and a UK tour to follow.
Thirteen Shots kicked off the promotion of Black Smiles by being part of a sell out show at Birmingham Academy supporting The Fearless Vampire Killers a couple of weeks ago.

The band tell us: “We are selling the album very cheaply as to us its more about exposure than making money. for example on Itunes the album is available for £3.99 and Physical Cds are £5.

“Thirteen Shots has risen from the grave and awoken the dead with a sound that brings back the roots of 1960’s rock n’ roll combined with Garage Blues and Horror Punk, with B-movie lyrics,” the ominously add.