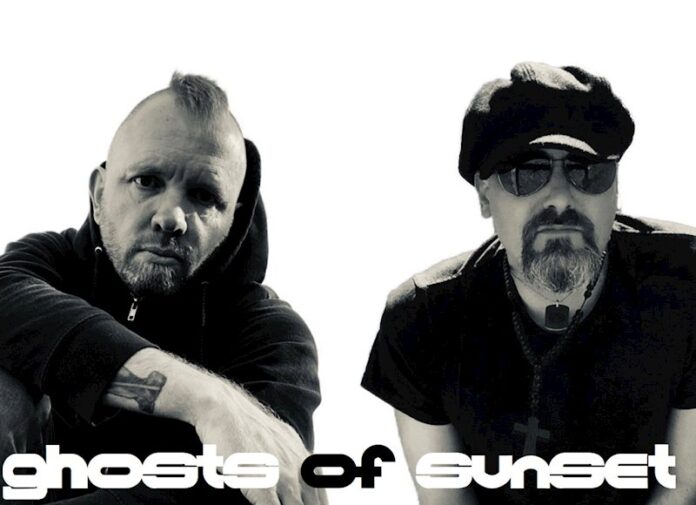 GHOSTS OF SUNSET release new single ‘Queen Of Used To Be‘, out now, new album ‘No Saints In The City’ to be released on 4th March on Golden Robot Records.

After coming to our attention in 2020 GHOSTS OF SUNSET are really establishing themselves as a major player on the hard rock scene. The band have clocked up several hundred thousand streams for their recent singles ‘No Saints In The City’, ‘Look Me Up (If You Come Down)’ and ‘If You’re Not Coming Back’.

‘Queen of Used to Be’ is their latest single and has just been released via Golden Robot Records on all digital platforms. ‘Queen of Used to Be’ further confirms GHOST OF SUNSET‘s status as a breakout band in the hard rock scene and keeping the sound of Hollywood and the Sunset Strip!

‘Queen of Used to Be’: Everywhere from reality television to the gutters of the city are littered with former somebody’s who are forced to wrestle with the realization that the cycle continues turning; new stars are shining and it’s all happening without them.
GHOSTS OF SUNSET have also announced that their album No Saints in the City will be released digitally on4th March.

Listen/Buy ‘Queen of Used To Be’HERE

‘No Saints in the City’ finds GHOSTS OF SUNSET expanding on the sound of their debut EP Headed West and welcoming even more influence from various genres of music and artists. ‘No Saints in the City’, while not a true concept project like Headed West was, takes listeners on a guided tour of the world inside the world of New York City (although it could truly be ANY large city, anywhere in the world). The songs follow various characters as they seek everything from fame, love, redemption to freedom, oblivion, darkness, and dirt. After one full listen to No Saints in the City listeners will find the slightest trace of dirt beneath their fingernails and lasting imprints upon their soul. Every day across the world, human beings head for various epicenters of art, culture, commerce, life, sex, and death looking to discover who they are or forget who they were.

The music on No Saints in the City carries the imprint of an urban environment after the sun hides its face for the day, and the moon takes over, catching the outline of figures slipping between cars, dodging taxis, hustling, shuffling, stealing, dealing, living and dying while the rhythm of the streets continues to plod a non-stop beat that catches many unable to keep pace. Each song features guest musicians who were hand-picked for their ability to tell these urban tales via their respective voices and instruments and help bring life to the characters whose stories No Saints in the City shares with the world.