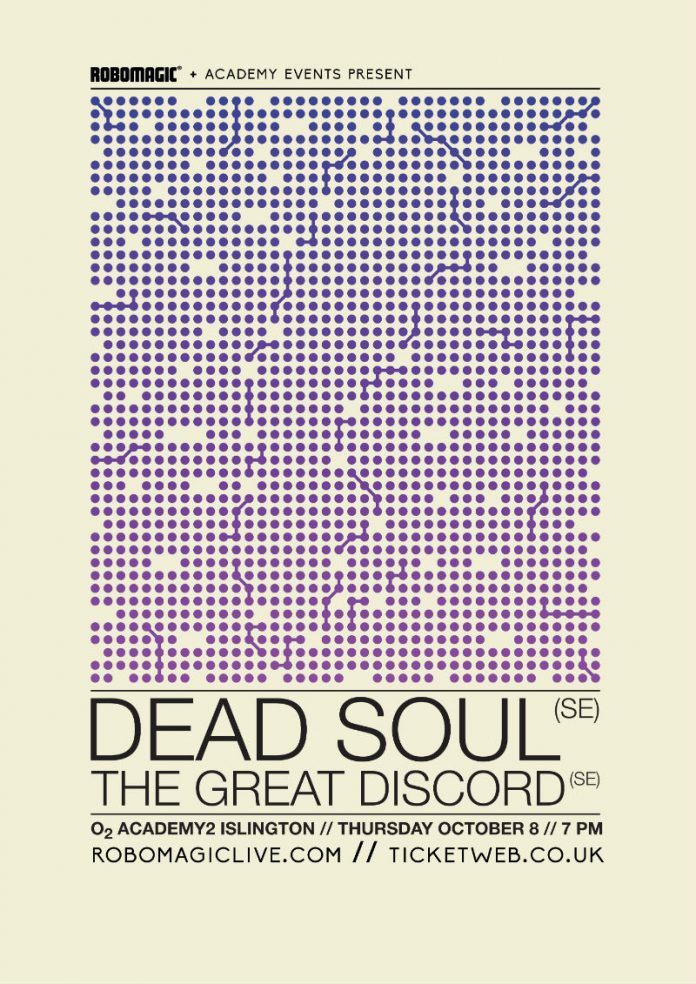 And London is the venue for the first show in UK

Sweden’s THE GREAT DISCORD, who just unleashed their debut full-length album ‘Duende’ in June to much critical acclaim and a digital EP ‘Echoes’ have just announced they will make their U.K. debut supporting Dead Soul at the Islington O2 Academy, London on October 8, 2015

The band are so looking forward to this:

“Being our first trip abroad with the band, the fact that we’re able to make it to London and to share the stage with our good friends in Dead Soul makes this show extremely special for us. A first of many to come.”

Their new EP Echoes is now available for streaming on Spotify and will be available at other digital outlets and streaming services such as iTunes, Amazon, Google, Apple Music, and Rdio. It contains a version of the track “The Aging Man” performed simply with a piano and Fia Kemp’s striking vocals (music video coming shortly!), two cover tracks, and radio edits for their songs “The Aging Man” and “Ephemeral.” Listen now on Spotify HERE: https://play.spotify.com/album/47aPeEJ5pDUNKZWUgwZgZV?play=true&utm_source=open.spotify.com&utm_medium=open