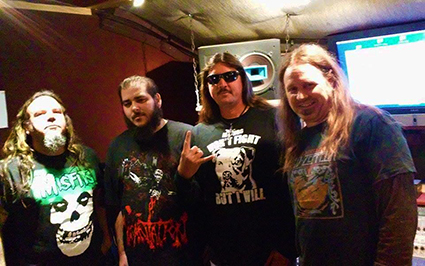 “Call Of The Vultures” features nine tracks of Old-School style of Blackened Death Metal including the highly successful “I Am In Hell” single previously released in late 2014.

Pre-orders for “Call Of The Vultures” CD will be available starting July 5th on the bands website:www.kettleofvultures.com While the digital format will be available to pre-order/purchase on all major digital downloading sites (iTunes, Google Play, Rhapsody, Amazon, Sony Music Unlimited, etc.) on or before the 15th of July.