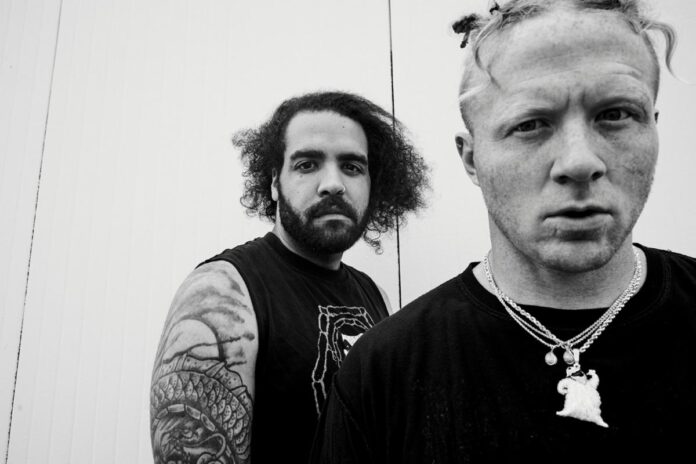 Frontman and band visionary, David Gunn discusses their choice to release an EP instead of a full length album as follows:

“Over the past year I have been mentally unstable. My intentions have not been as focused as they are typically. This wasn’t obvious until I reviewed the fifty songs we wrote over the last couple of years and only then did I realize there wasn’t the concept of a whole record here. Instead, the songs played as smaller groups of frenzied schizophrenic fits. So it’s likely we will come with several EPs over the year, because of this. I don’t think of it as any less of a release, it just feels like the best way to deliver the songs.”

The EP opens with the track, ‘Brains On The Asphalt’. Gunn explains the concept behind the video, which he once again also directed:

“The video is about digital technocracy. The demi gods that are the global hegemonies on the earth today and the religion it has grown into. The big tech hand that turns the dial influencing us to love the virtuous tribes we belong to and to hate the out-group of the “other”. Most of all it about how much we hate ourselves…”

Watch the video shot by Midwest Creative below.