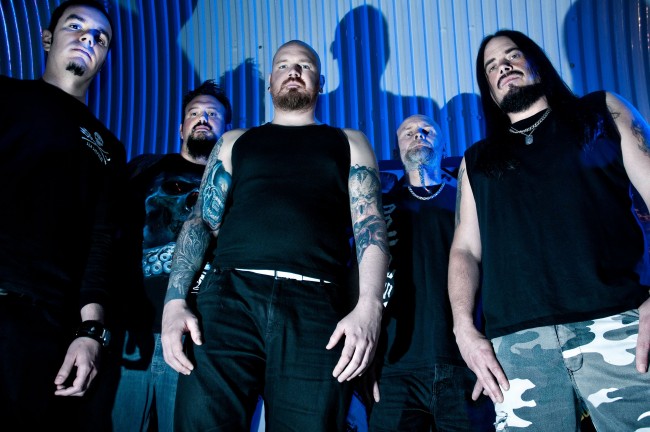 The Designs Of Chaos story began back in 2007 and since then they have been refining their sound, developing their skills and growing into a savage metal outfit of outstanding power and potency. They have become a fearsome live proposition and for the first time they have managed to capture that live intensity in the studio. The Darkest Storm comprises three tracks of solid steel, forged in the fires of tragedy and its very existence is testament to Designs Of Chaos’ strength and determination.

The Darkest Storm was written and partially recorded in early 2014 but in June of that year the band were stopped in their tracks by the devastating loss of their man mountain drummer, Chris Crammond. Chris lost his life in an accident at work, leaving the rest of the band shocked, broken and unsure how to carry on.

Slowly they pulled together, and lent each other the strength to finish what they started. Friend of the band, drummer Andy Bramley stepped into the breach and at last Designs Of Chaos are back and The Darkest Storm can be unleashed on the world. The three songs that make up this stunning EP combine monstrously heavy riffs, searing solos and rabid vocals with fantastic musical dexterity and melodic awareness. This is modern metal with its roots in the past and its eyes firmly fixed on the future.

The EP will be officially launched with a gig at London’s Purple Turtle venue on June 28th, where fans and friends can gather to pay tribute to Chris Crammond and to celebrate the rebirth of Designs Of Chaos.