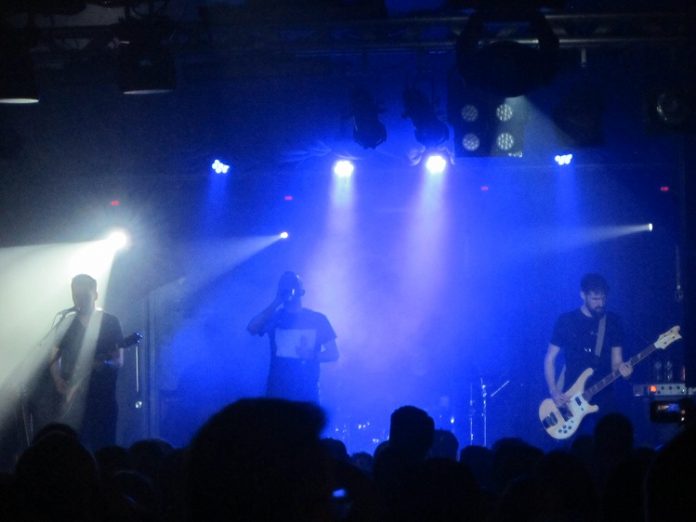 Support tonight is a supergroup of sorts, featuring members of Devo and New Order with Josh Hager, Tom Chapman and Phil Cunningham alongside touring musician’s drummer Elliot Barlow and keyboardist Ellen Lewis. This is the last night of their time with Slow Readers and they entertain us with cuts that are predominantly off last year`s self-titled album. They kick off their half hour slot with the churning `Taking Over`, before sharing `Reverse The Curse`, `Marigold` and `Present Tense` all much as you`d expect with some hypnotic synth pop with guitar inflections. I really loved `Truth` which for some reason reminded me of T Rex, the band closed out the set with the thumping `Celebrate` leaving us with at lease a taste of what this band are about. One to look out for when they tour again. 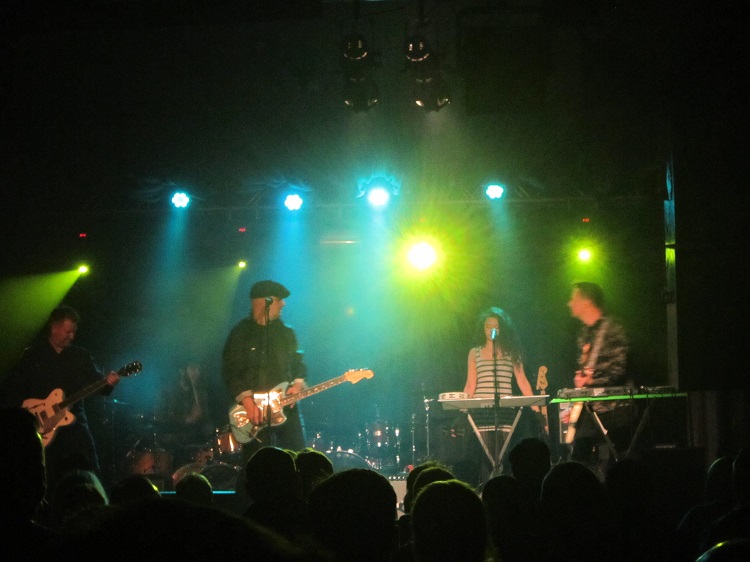 Donna Summer`s seventies smash `I Feel love` blasts through the pa system as Manchester`s The Slow Readers Club hit the stage. `Fool For Your Philosophy` opens the evening before a couple of cuts from last year`s studio release “Build A Tower” are shared with `Supernatural` and `Lives Never Known` with the wonderfully energetic and dreamy `Lost Boys` sandwiched in between. The band Aaron Starkie (vocals), Kurtis Starkie (guitar and backing vocals), Jim Ryan (bass) and David Whitworth (drums) are on an intensive forty-seven date tour of the UK and Europe, which will have them on the road until May when they hit the festivals.  The band understandably tell us that they are mixing the set up tonight and proceed with another recent song `Through the Shadows` before playing a few older tracks such as `Forever In Your Debt`, `Grace Of God` and `Sirens` They share the recent anthemic `You Opened Up My Heart` before a nod to the first album with `Block Out The Sun`

The band are certainly grafters and have built up a steady following over the last few years, which is evident tonight in this packed venue, with the faithful chanting “Readers, Readers” at every opportunity. They wrote a few new songs in January and February and air `The Wait` The biggest cheer of the night is for `On The TV` a song that, whether you know this band or not, you`ll certainly know this tune. It goes down so well that the band must replay a couple of minutes of it, to satisfy the masses. `Feet On Fire`, and `I Saw A Ghost` follow before the high energy `Lunatic` closes out the night. Tonight, was an enjoyable gig with a band that have a variety of catchy songs that push a range of emotions. They are not afraid of hard work and understand and appreciate their audience. Indeed, they were heading to the merch stall as soon as they left the stage. I`m sure a much bigger venue awaits this band, when they next tour the provinces.