THE REIGN OF KANE 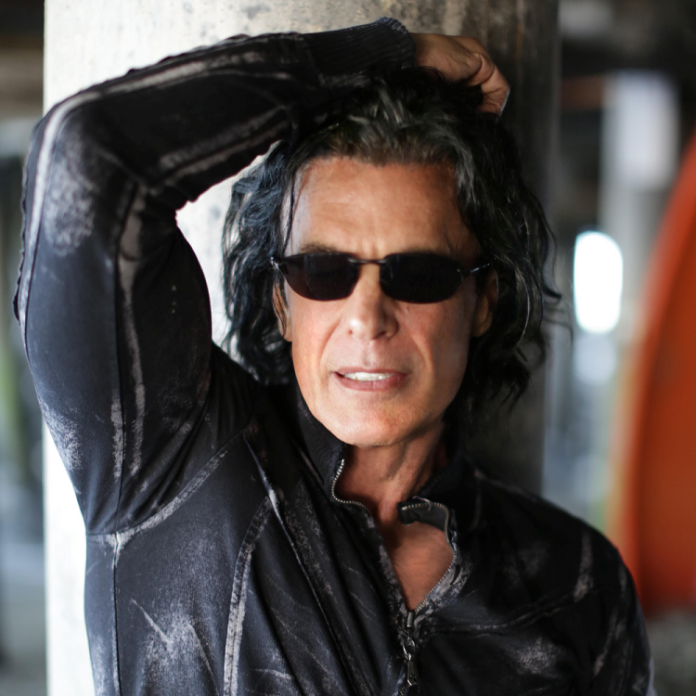 Last Friday saw the release of ‘The New Normal’, the latest solo album by former Alice Cooper guitarist Kane Roberts. Not only does his former boss sing on the new single taken from it, ‘Beginning Of The End’, but Alissa White-Gluz of Arch Enemy also joins in the fun….and they both co-star with Roberts in the song’s cinematic video. The mini–action movie sees the trio wreaking all sorts of havoc together while singing the propulsive cut.

“As you can imagine, the road to locking this group of people down in one location was loaded up with explosives, but suddenly there we all were, on set, cameras rolling in Vancouver,” Roberts enthuses.”The actors (Sheryl Cooper, Randy Robison), stunt people (Thomas Lorber), directors, crew and, of course, Alice and Alissa all fought hard to to pull down something really special. Not easy. At one point I did something you’re typically not supposed to do on set – I stopped and looked around at what I was able to mash together. I thought, ‘How fucking lucky am I?!’ The thing of it is, you get Alice Cooper and
Alissa White-Gluz in the same room, there’s no safe-zone. You gotta get it done.

Fortunately, we captured it on film. Don’t even ask me about post-production! RTFO!”