The Parallex Method Is A Hoot 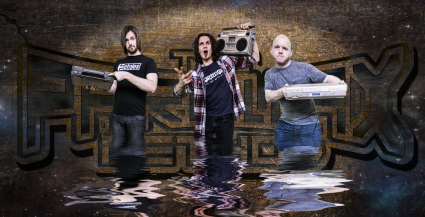 Danny Beardsley (Guitars), Dave Wright (Drums) and Daniel Hayes (Bass) began their journey towards prog-rock majesty back in 2011 during their tenure in the hard rock band ‘Isolysis’. Unknowingly, this helped the trio lay steady foundations last year for their reunion under their new moniker ‘The Parallax Method’.

Conceptually, The Parallax Method lean on the themes of space and a perpetual battle between the owl and the squid to convey their unique sub-genre of modern prog. Space signifies the vast and epic nature of each track. The owl, wise and powerful, manifests itself in the music in its’ confident and strategic build ups. The squid, sneaky and sly, embodies itself in the ever-present surprising twists and turns. And the battle between them often ends in a violent stalemate which serves to betray the band’s humble standard tuning.

The Parallax Method now look to warp the minds of the general public with their debut EP ‘The Owl’, which is unleashed everywhere this September. Stay in tune with the band’s movements athttps://www.facebook.com/theparallaxmethod and don’t miss the trio at this year’s Bloodstock Festival and other notable festivals throughout the Summer.