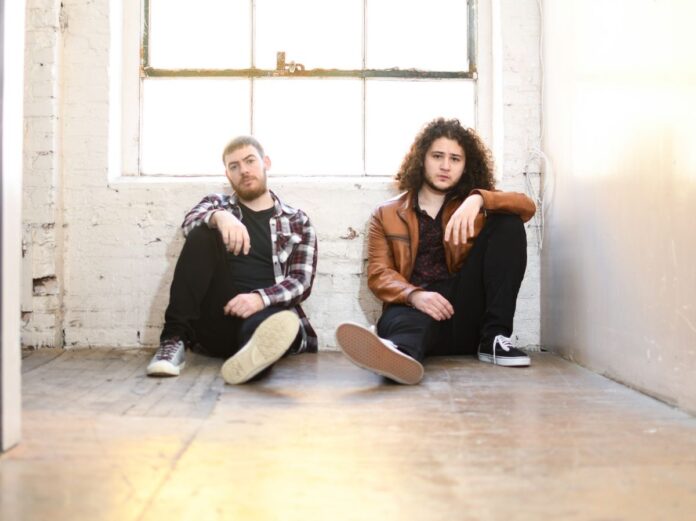 The song is an irresistible, moody mid-tempo rocker teeming with ear worm melodies. The song explores lonely New York late-night living with gritty candor, and it comes alive via the darkly alluring video, capturing life in the city in the early days of the pandemic. “We got chased through the park by a crazed man with a knife while making the song’s video,” Michael remembers.

King Falcon’s Michael Rubin (guitar, vocals) and James Terranova (drums) began their journey in music as hatchling birds—12 and 15 years old, respectively—playing in a band called The Inoculated Canaries.  Michael’s fascination with music began through Guitar Hero, but his father kept poking fun at his steely determination to master the game. “My dad would say, ‘you spend so much time in front of the TV with that thing, why not learn real guitar?!’,” Michael recalls, chuckling. Michael eventually took his pop’s words to heart, got a guitar, and enrolled in School of Rock. He studied there from the ages of 10-16, and immersed himself in the institution’s “real band” performance philosophy.

In 2020, the duo released the funky and infectiously catchy single, “Shake! Shake! Shake!.” However, the pandemic cleared King Falcon’s calendar before it even got a chance to play a show. The guys made the most of the situation by sending its single, “When The Party Is Over,” out to labels. “That song represented me trying to convince my parents, and myself, that I could get somewhere playing guitar,” Michael says. The song turned out to be aces for the band, leading to today’s release and their signing to Mascot Records/Mascot Label Group.

Now, King Falcon will resume its plans of playing its first live shows and touring. “It took two and a half years to get here,” Michael says, pausing thoughtfully. “If you asked me when I first got my guitar if we would get a label and be where we are today, I would have said, ‘oh yeah, no problem,’ but I’ve learned the reality of it all isn’t that simple. It is amazing to be where we are today, but it was definitely a challenging journey.”