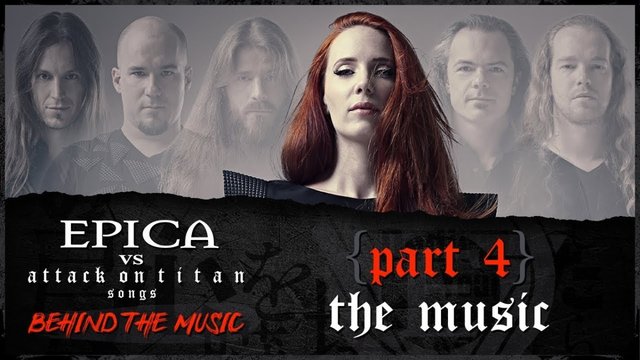 In 2 weeks, Dutch symphonic metal giants EPICA will release a cover EP for the highly successful “Attack On Titan” theme songs. With their legion of fans, ‘Attack On Titan’ have conquered not only the print world with over 70 million copies, but also the anime sector with an adaption that is currently airing worldwide. The EP entitled ‘EPICA VS. Attack On Titan’ features metal covers of the anime’s theme songs and will be released worldwide – outside of Japan – on July 20th via Nuclear Blast Records.

Today the band releases the fourth album trailer. Watch as guitarist Isaac Delahaye and keyboardist Coen Janssen discuss the challenges that went into adapting the music from the series, here:

‘ EPICA vs. Attack On Titan’ will be available in the following formats:
– CD Jewelcase
– Vinyl (violet, yellow, black)

Pre-order your copy of ‘EPICA vs. Attack On Titan’ here:
http://nuclearblast.com/epica-attackontitan
Pre-save the EP via Spotify: http://nblast.de/EPICAvsattackPresave