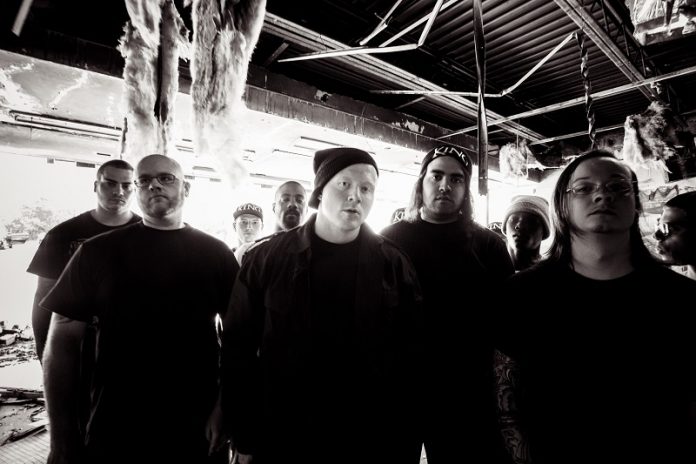 ‘Carve My Name’, KING 810’s final video from their ‘Memoirs of a Murderer’ album has premiered via the band’s YouTube channel.

The video is a collection of artwork and photographs from the band’s dedicated fan base known as ‘The Family’.  The clip serves as a photo book, looking back on how the band and the community that surrounds them grew together over the years.

Earlier this year KING 810 entered the studio to begin work on their follow-up LP to ‘Memoirs of a Murderer’ and took action as a pillar of the Flint, MI community by releasing new music to take aim at the water crisis devastating their hometown. This past year the band released a two new tracks: “We Gotta Help Ourselves,” a track supporting a partnership with local Flint outlet, Savage Village who created a unique T-shirt design (http://savagevillage.bigcartel.com/product/king-810-we-gotta-help-ourselves-t-shirt) and “crow’s feet,” which was featured on charity compilation, ‘Not Safe To Drink: Music For Flint Water Crisis Relief’ (https://notsafetodrink.bandcamp.com/).  All proceeds from both the T-shirt design and compilation is being donated to The Community Foundation of Greater Flint’s ‘Flint Child Health & Development Fund.’(www.flintkids.org).
KING 810’s debut LP, ‘Memoirs of A Murderer’, garnered critical acclaim upon its release with Kerrang! stating “This is an album as haunting as it is vicious and disturbing,” and Metal Hammer declaring KING 810 “…the most exciting and controversial metal band to emerge from America in a decade.”  Across the pond, ArtistDirect exclaimed, “It’s a concept album of destruction, sex, and rebirth in blood that’s as potent as anything on the big screen…This is an animal of its own. It’s uncaged now and ready to start a revolution.”  Revolver stated, “It’s hostile music for dire times…” while The Detroit News added, “What KING 810 is saying and doing is holding up a mirror to the violent reality of life in Flint… the foursome is doing for Flint what N.W.A. did for Compton, CA, holding a light up to their city’s harsh realities for all to see.”
KING 810’s new album is slated for an Autumn release via Roadrunner Records.  Stay tuned for more news on its release soon.
For more information on KING 810 point your mouse at:
http://KING810.com
https://www.facebook.com/KING810FLINT
https://twitter.com/KING810FLINT
http://instagram.com/KING810FLINT
https://soundcloud.com/KING810