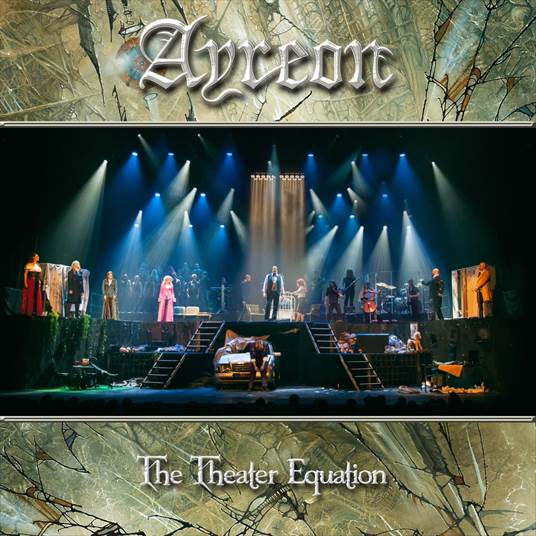 Ayreon release musical as a DVD

In September 2015, over the course of four sold-out shows, Ayreon’s legendary progressive rock concept album ‘The Human Equation’ was brought to life as a full-blown musical production at the Nieuwe Luxor theater in Rotterdam.

This limited run of performances was witnessed by die-hard fans from across the world, but now Arjen Lucassen’s story can be witnessed by all, as a recording of the final night of those special evenings is being released as both a DVD & Blu-Ray package on the 17th June 2016. ‘The Theater Equation’ is subtitled in nine different languages and includes nearly one-and-a-half hours of bonus content.

Arjen comments: “Even today as I write this, I am amazed and touched by how hard everyone worked and how much love and care they generously gave to make it all happen. Sometimes the dream becomes reality!”

The stage show stars Dream Theater frontman James Labrie in his original role as “Me” and features nearly the entire cast of vocalists from the original 2004 album. The main cast is supported by a specially put-together 19-strong Epic Rock Choir. This is a unique document of an undertaking that was surely once in a lifetime.

James LaBrie as ‘Me’

‘The Theater Equation’ will be available as a deluxe artbook version including blu-ray, 2DVD’s & 2CD’s, as well as a special edition 2CD & DVD digipak, standalone blu-ray & digital download.

After a mysterious single-car accident, the victim – a man in his late 30s – lies comatose in the hospital. Before the accident he was a powerful businessman, wildly successful by any measure but also known for his cutthroat business tactics. Now he finds himself trapped in a prison that took him a lifetime to build: the prison of his own mind.

Guarding the prison are his emotions, which have taken on vivid personas inside his mind. Some are friends, some are foes, and they all have their own agendas. Some aim to trick him or dominate him, others to comfort or inspire him. But the one objective they all share is to force him to face up to the demons of his past and the deep truths about who he is and how he’s lived his life, all of which he’s conveniently ignored until now. Fear, Rage, Agony, Love, Passion, Reason and Pride take turns engaging the man in this emotional warfare.

Two people hold vigil at the man’s bedside: his wife and his best friend. They are desperate to understand how the accident happened and to see even the tiniest sign that the man will regain consciousness. But the man’s recovery is not their only concern: is it possible that he somehow found out their secret, and that the “accident” wasn’t really an accident at all? Would he ever be able to forgive them?

Will the man have the strength to face the truth about himself and the ones he loves? The story unfolds over his twenty-day emotional struggle with Fear, Rage, Agony, Love, Passion, Reason and Pride, in which each day of coma is represented by a song.