The Greek Recovery Is Underway

Endless Recovery from Greece, are to release new album “Revel In Demise” on Christmas Eve.

The band were formed in 2011 and since then spread their Thrashing Heavy Metal attack, counting various live sonic rituals as well as 3 official releases. After a year of silence, they are back with a force presenting their second aural horror entitled Revel In Demise .
Heavily inspired by the European Speed/Thrash/Extreme Metal scene of the 80’s this release marks a new era for the band , resulting in the perfect mix of mighty Heavy metal rythyms , Speed metal madness , Thrash metal sacrifices and early Black metal spooky atmosphere making this album a monument of TOTAL METAL. 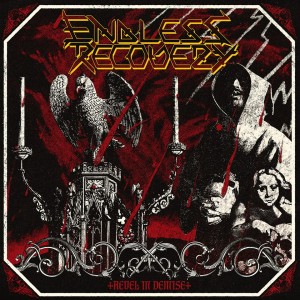