The Great Discord Have Soul 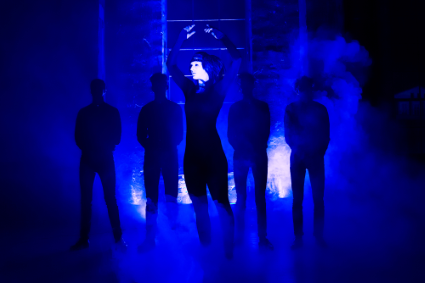 How do you describe an enigma?

In the case of THE GREAT DISCORD certain words come to the fore: Cinematic. Grandiose. Haunting. Soaring. Devastating. Unique.

But still, it is perhaps impossible to paint a vivid picture of the Swedish unit, whose layered, textured music gets under the skin and is as likely to conjure exhilaration or a sense of poignancy in the listener as it is a profound and deep seated unease. “We wanted to make an album that gets to you. Having Duende means having soul, the aspects of music that makes you shiver. The darker elements in the music that makes it convincing and enthralling.” states vocalist Fia Kempe. “We did not want to make an album you could have on in the background. It’s supposed to jump out and grab you, hold you down and make you consume a new piece of it every time. Lyrically it deals with the mundane as well as the extremes of what you as a person potentially live with.”