The Grass Is Always Golden 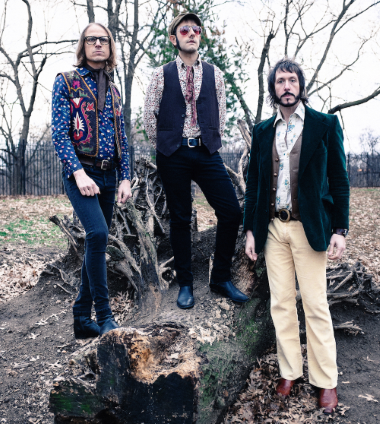 The glory of American hard rock music has returned, they reckon.

‘Get It Together’ is the brand new single and music video from The Golden Grass. This release is the first taste from the band’s forthcoming new album ‘Coming Back Again’ and is a must for fans of psychedelic progressive rock jams, steeped in heavy groove.

The band say of the album: “It’s a truly serpentine journey as the epic glory & might of the Heavy 70’s meets the sun-drenched warmth of Laurel Canyon’s golden country/folk era, while powerful Southern Rock boogie & swagger give way to luscious & exploratory psychedelic landscapes, unfolding with lysergic Progressive arrangements and a swinging jazzy touch! Exploding with soaring soulful vocals, endless feel-good vibes, catchy melodies, dazzling musicality and classic production, The Golden Grass are truly “Coming Back Again”!”
Their sound majestically encapsulates the timeless feel of 60’s/70’s influence. Taking a nod from legends like James Gang, The Allman Brothers and Grand Funk Railroad, the soulful British psych/mod of The Move, The Pretty Things and The Action, aligned with the heavy umph of Budgie, Blue Cheers and Blackfoot to seal the deal – The Golden Grass synthesize these influences into a seamless, memorable, and high-energy performance that screams from the past but is a welcome and much needed presence in the now! Hard rock lives! Keep on grassin’!

In support of their forthcoming new album on Listenable Records, The Golden Grass will embark on their 3rd European tour this coming May 2016, currently being booked by Swamp Booking, which already includes an appearance at the legendary Freak Valley Festival.

The Golden Grass is: