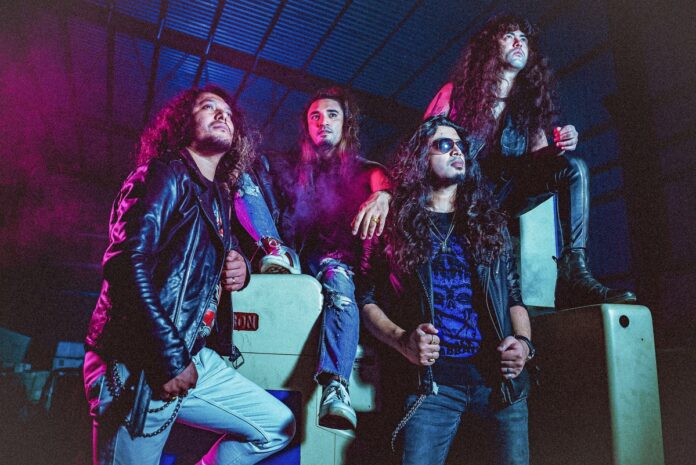 Frontiers Music Srl is pleased to announce ‘Hail To The Heroes’, the upcoming new album by Indian hard rock band Girish And The Chronicles. Out on 11th February 2022, a new single from it entitled ‘Primeval Desire’ is available now. The album also includes Lovers’ Train’, which was released as a single at the beginning of November and can be heard here: orcd.co/loverstrain

Before heading into the studio to record the album, GATC frontman Girish Pradhan had stated that it would have “all the musical elements that we love to hear in our day to day lives, which of course revolves around good old Rock ‘n Roll, from the Sunset Strip to NWOBHM and more. Our audience can expect some great anthems!”

GATC have more than delivered on that promise. ‘Hail To The Heroes’ is the band’s third album overall and it sees them take a huge leap forwards from its 2020 predecessor, ‘Rock The Highway’. (2020). Grabbing the listener from the very first note of the opening ‘Primeval Desire’, it never lets go and is a sonic journey that, in true classic album fashion, will continue to thrill after repeated listens.

Pradhan continues: “we are a hard rock, melodic rock AND heavy metal band. We like making the kind of music that we grew up listening to, which revolves around the ’80s. However, we do also like to include a song or two that may have a very different vibe, which could be in the form of a progressive song or maybe a riff that has a bit of ‘India’ in it. All in all, we think of it as a rollercoaster ride from the meanest in-your-face songs to beautiful ballads. We feel that, no matter how dedicated we are to the art, we should not stop ourselves from exploring more, albeit without losing the essence of what we truly love.”

GATC have previously released two acclaimed albums, debuting with ‘Back On Earth’ and following it up with ‘Rock The Highway’. The first of these is currently unavailable on streaming platforms but will be reissued by Frontiers in due course.

Founded in 2009 in the city of Gangtok in Sikkim (northeast India), and now based in Bangalore in the southern state of Karnataka, GATC have been credited by many for bringing classic hard rock culture back in India. Renowned for their electrifying live shows, they have toured across India and beyond, becoming a staple of many music festivals. Pradhan is also part of the international metal group Firstborne and has previously toured in the UK and mainland Europe with other side projects.