THE EMERGENCE OF CHAOS 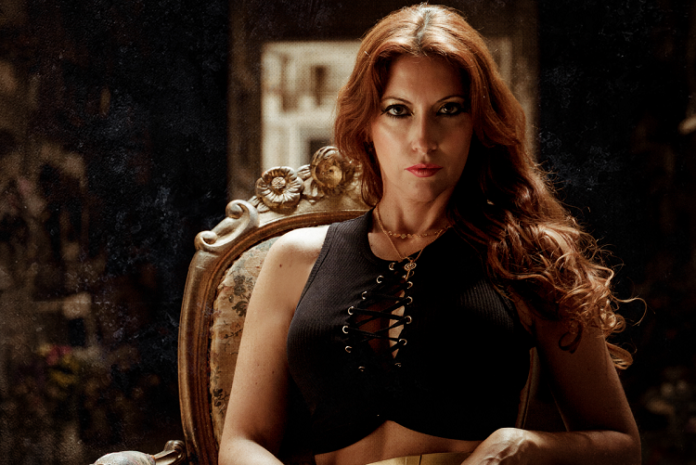 Frontiers Music Srl is pleased to announce the forthcoming release of ‘Emerge’, the new album by Chaos Magic. Fronted by the mesmerizing Chilean vocalist Caterina Nix, ‘Emerge’ is another stunning album of symphonic yet modern metal. Out on 17th June, the title track is available as a single and video from today.

‘Emerge’ sees Nix collaborate once again with her compatriot Nasson, who has already earned acclaim as a musician, singer and producer in his own right. Their obvious and ever maturing musical chemistry has birthed an album filled with outstanding anthems further bolstered by stunning vocal performances from Nix. The singer has shown increased musical maturity with each new release since debuting in 2015, with ‘Emerge’ being easily her most realised offering to date.

Elina Siirala (Leaves’ Eyes) and Mistheria contribute additional vocals and piano to the song ‘Garden Of Winter’, while the digital formats of the album include a special bonus track in the form of a version of the song ‘Hearts Gone Dark’ that features vocalist Jake E. (Cyhra, ex-Amaranthe).

Nix was initially ‘discovered’ by former Stratovarius composer and guitarist Timo Tolkki during one of his tours of South America. Confident in her musical talent from the outset, he wrote and produced the first Chaos Magic album for her, while she performed on ‘Angels Of The Apocalypse’, his second rock opera album as Timo Tolkki’s Avalon.

Although this helped to introduce Nix to the international stage, she had actually begun her career with Aghonya, who had released a sole album in 2008. Written by Nix, it had been released independently and received rave reviews, with the group subsequently opening shows in Chile for bands such as After Forever, Edguy and Within Temptation before disbanding. Nix continued to work on new music before eventually meeting Tolkki, while with Chaos Magic she has opened for Nightwish and Evanescence, as well as toured Europe on three separate occasions.

EMERGE
TRACKLISTING
1  Emerge
2  Beneath Your Skin
3  The Impossible
4  Garden Of Winter (feat Elina Siirala)
5  Hearts Gone Dark
6  Beyond The Silence
7  Days Of Lions
8  In The Depth Of Night
9  Victims Of Our Heaven
10  When If Not Today
11  What’s Your Fuel
12  Hearts Gone Dark ft. Jake E. (digital bonus track)