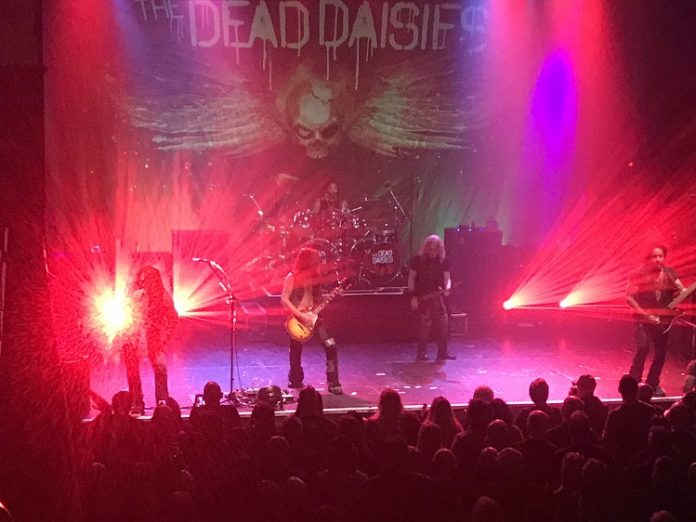 Justice, you know, is a funny thing. If there was any, in this world, then Piers Morgan wouldn’t be earning millions of pounds and getting to sit next to Susannah Reid every morning, while the rest of us have to work for a living. And if there was truly any, then Diamond Head wouldn’t be stood here in front of another bands gear playing 40 minutes to a crowd that – to a large extent – doesn’t seem to know who they are.

It’s quite simple. In some parallel universe, Diamond Head are acknowledged as being what they are: one of the finest metal bands we’ve ever had. As it is, they’re playing the Institute for the first time since 1980 (according to a tweet from main man Brian Tatler anyway) and in their near hometown for the first time in five years (if memory serves that was the last gig with their previous singer too, and I was there).

Rasmus Bom Andersen has proved to be a superb replacement over the last couple of years and he has a real presence about him here. Tracks like the blistering “Helpless” and “In The Heat Of The Night” and “Call Me” are all expertly played by a mighty band. And if you wanted to understand them, then consider this: “Lightning To The Nations” and “Diamonds” are played one after the other. In composition they were 36 years apart. Only the best can do this, and DH are right up there. They even do the one last that you knew they were going to do last and it still rules and you still shout “My mother was a witch, she was burned alive” as “Am I Evil” kicks in. It is one of the greatest metal songs ever, and Diamond Head are one of the genres finest bands – even if they never quite get the adulation they’re due. 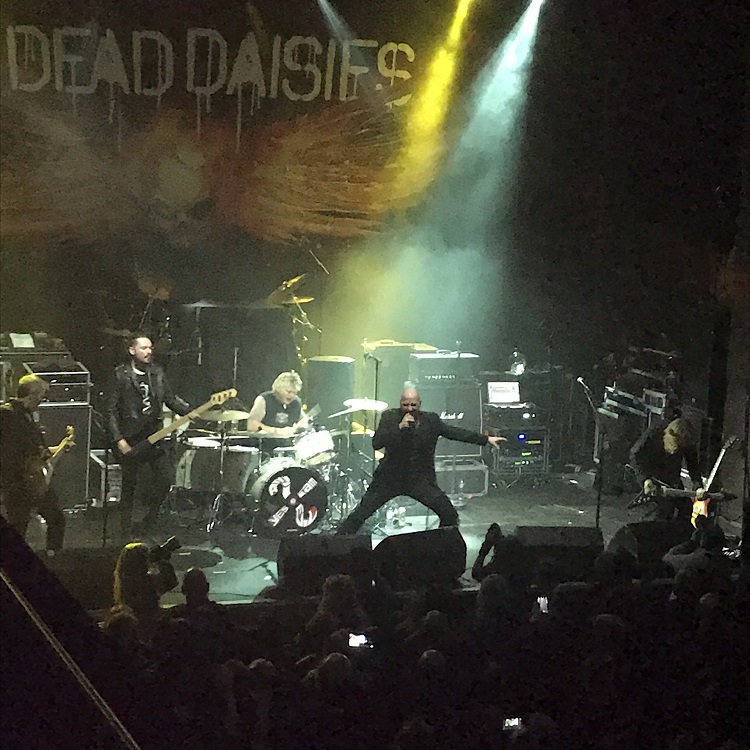 For the Dead Daisies to do what they’ve done in just five years is – in the current climate – sensational. Quite apart from the odd nature of the bands formation, they’ve done things in absolutely the right way. They’ve worked their asses off and they’ve built a fanbase.

With due respect to the other line ups they’ve had, this one is the best and their last album, “Burn It Down” was the best of their four to date.

Back for a second time this year, they do so with mostly the same set. But goodness me, they’re good at it.

Arriving with a cover – Sensational Alex Harvey Band’s “Midnight Moses”-  and ending with one “Highway Star” over two hours later, might seem strange for a band with as many good songs as DD have, but the key probably, is in something singer John Corabi says just before the latter. “We’re still classic rock fans, just like you”. And in that respect, surely, they can do anything they damn well please?

Their originals are magnificent, and Doug Aldrich and Deen Castronovo’s additions have ensured the skill has gone up a notch too. Aldrich, if nothing else, looks like he was born to play guitar in a rock and roll band and his presence lifts the likes of “Resurrected” to new levels, while Castronovo’s drums underpin the gloriously simplistic “Make Some Noise.”

“Last Time I Saw The Sun” casts a touring band as outlaws, as many have, but if these boys have seen a million faces and rocked them all, then crikey, they’ve got a bond with their crowd. Not for nothing do they play The Who’s “Join Together”.

There’s an acoustic set in the middle. Rod Stewart’s “Maggie May” – sung by the sticksman – and The Beatles’ “Let It Be” are obvious highlights, especially the intimate way “…Be” is done, with mobile phones to light the room. 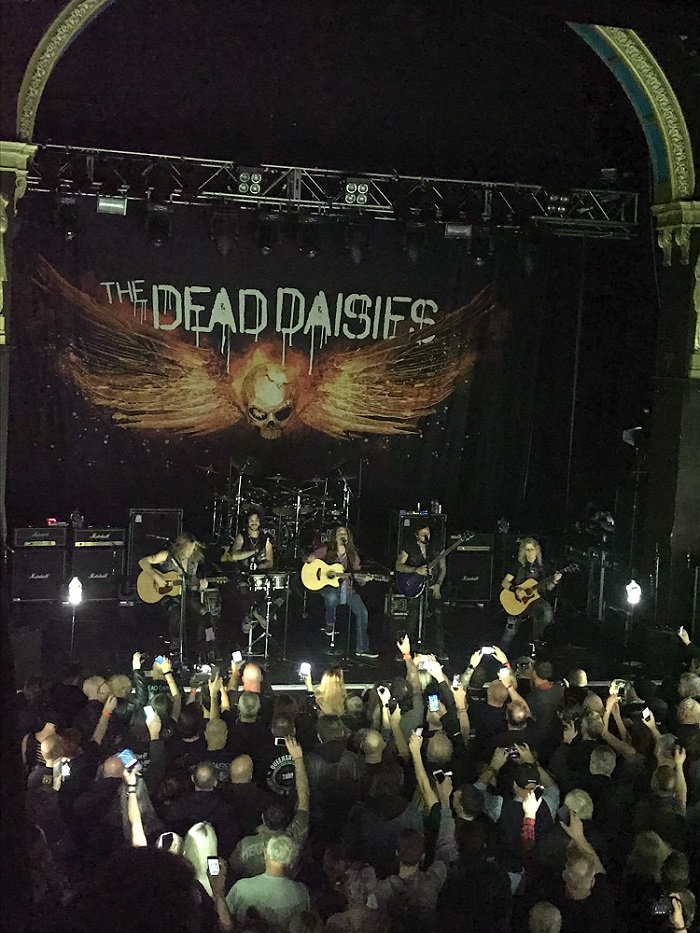 Things plug back in with the title track for the last record, a wonderfully sleazy “All The Same” and what passes for an oldie these days, “With You And I”. In truth – and I know it’s a part of their show – the band intros lose momentum as they go on for ages, and it takes “Song And A Prayer” – maybe their best known song – to get it back.

The main set ends with another cover, “Helter Skelter” before “Mexico” in the encore shows their depth of material yet again.

There are many interesting things about The Dead Daisies, clearly, but here’s another. The crowd tonight – and they get bigger each time the band comes back – is one of the oldest you’ll see – I am in my early 40’s and I’d venture, politely, to suggest, that I am one of the youngest.  Which is why Corabi’s point about classic rock is valid, and all the covers serve a purpose.

The Dead Daisies have become the classic rock fan’s classic rock band, and as Corabi exits the stage with the words: “thank you for inviting us to your party” he may have actually hit the nail on the head.