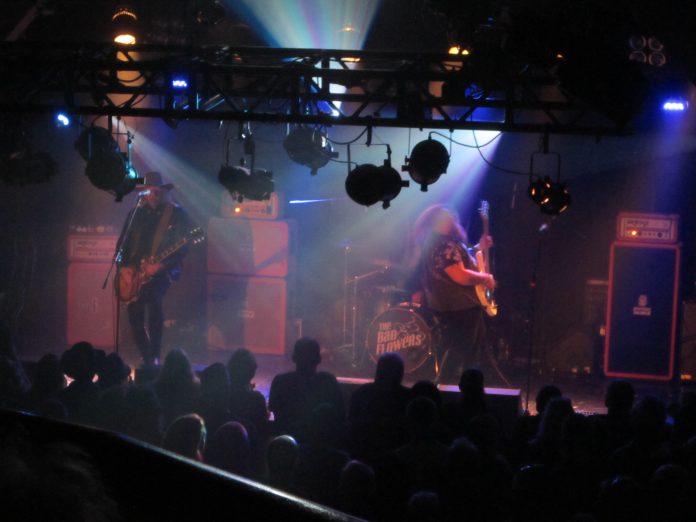 It`s three years since I saw Stockport`s Federal Charm supporting Joanne Shaw Taylor in Bromsgrove and there`s been a few changes. The band have amicably parted ways with vocalist/guitarist Nick Bowden and drummer Danny Rigg and the remaining pair of Paul Bowe (guitar) and LD Morawski (bass) have recruited new vocalist and frontman Tom Guyer and drummer Josh Zahler and have also recently released a cracking new album, their third, entitled `Passenger` It`s Peaky Blinder weekend in Birmingham and the pubs and streets of Digbeth, where this gig is held, are teaming with smartly dressed participants. Whether singer Tom was aware of this or not, he`s nattily dressed himself as he paces the stage during this near on hour of scintillating rock and blues. “Swing Sinner” kicks us off and it`s a real early marker of what`s to come with Tom`s strong vocals and the bands animated interpretation of the song. Understandably most of the set comprises of cuts from new release `Passenger` and highlights for me was the sleezy “Choke”, rocky “Death Rattle”, lonesome “Nowhere is Home “and Almost Zeppelinesque “Halo” The boys really threw themselves into this performance with some older tracks, such as “Guess What”, “Silhouette” and “Master Plan” having new life breathed into them. The band bow out with “Gotta Give It Up” ending this sweaty, powerful and lively set. I must admit, I couldn`t remember the band last time I saw them, but they certainly made an impression tonight. This does seem to be a line-up that will take them to the next level. 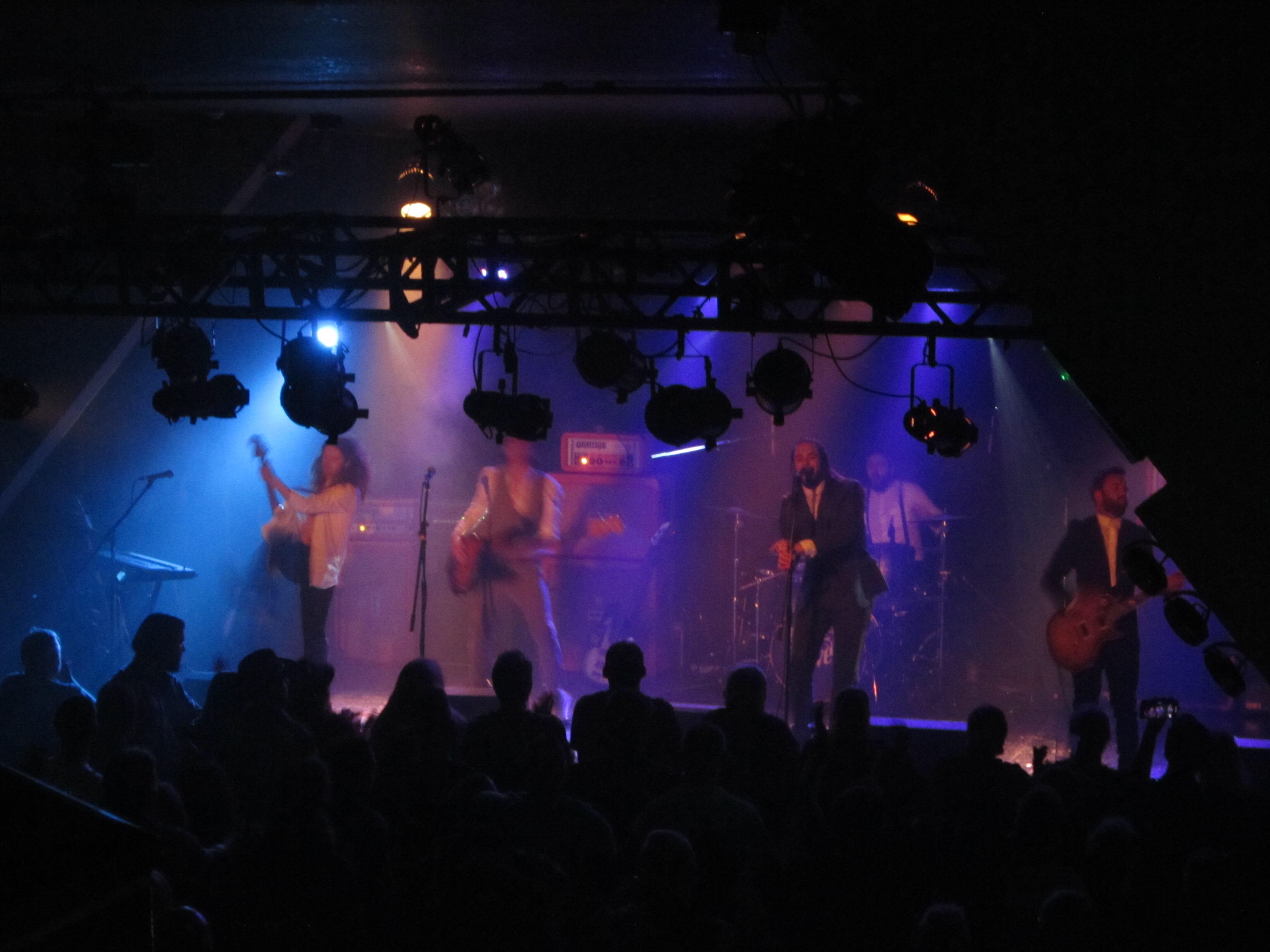 It was heartening that Bad Flowers were to close out the penultimate show of this Autumn Plant Rock sponsored co-headlining tour, in what is near enough their hometown. There is a massive cheer as these Cannock hard hitters appear and they launch into the first of many tracks from their wonderful debut album `Starting Gun` opening with “Hurricane” before the questioning `Lions Blood. ` The songs come thick and fast with `Thunder Child`, `Secrets` with its superb riffs and a wonderful guitar solo and `Rich Man` with it`s great hook and a cracking rock out mid-way through. I have seen these boys a few times and from day one, you could tell they had something about them as they were such a tightly knit unit and now as they have toured so much opening for the likes of Crobot, Jared James Nichols, Scorpion Child, Tyler Bryant & The Shakedown, Toseland and Dan Baird and The Original Sin, they are at a different level. Drummer Karl Selickis bashes the skins as if his life depends on it and it`s a real joy to watch. Dale Tonks on bass is so full on you can almost feel the fret, thumping into your body. Midway through the set, the fellas share a new song “I Ain`t Ready” and I’m happy to report it`s every it as good as what has gone before. My favourite “Can You feel It” gets an airing before singer Tom Leighton picks up a flying V to close the set out with “Thunder Child” and “Rich Man” Some of the crowd start to leave but after a short break this marvellous Power rock trio return to play the cracking “City Lights” which morphs into Sabbath`s War Pigs sending the faithful into a frenzy. This was a furious, dynamic, riff-heavy hour of superb rock n’ roll from a band that are on top of their game. I really hope that this is the start of the big time for this hard-working troupe.