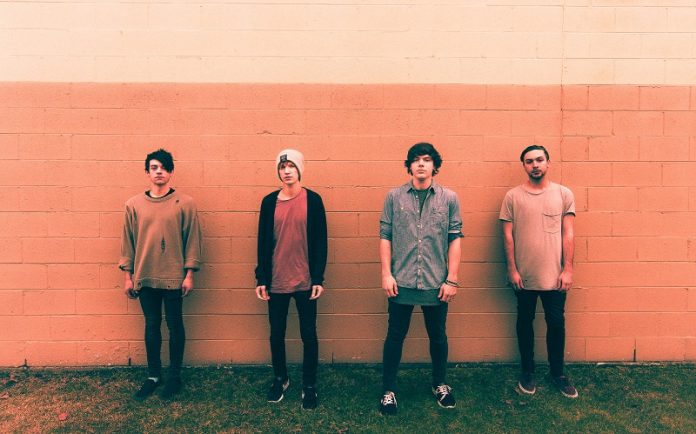 Today, Chicago-based Alternative Rock group 7 Minutes in Heaven (7MIH) is proud to unleash the official video for “LOTL”, the second single off “Symmetry”, the band’s newest EP – out now via Rude Records and available here

The band’s lead vocalist/guitarist Timmy Rasmussen expands on the song by stating “The action of breaking away from the status quo, forcing  you to create your own path and taking action to find a solution. Calling yourself out for not doing the things you’ve set out to do, and letting go of  what’s been holding  you back to allow yourself to grow. Self-reflecting that everything works itself out in the end if you believe in yourself and are aware of what’s going on around you”.

He continues “The concept of the video is just taking a negative experience and turning it into a positive one. At the end of the day, it is our own individual choice whether to focus on everything that went wrong or decide to make the best of it. We have to push ourselves out of our comfort zones, and allow ourselves to be vulnerable to learn what’s inside of us and around us, and grow from it.”

Symmetry was recorded and produced by Seth Henderson at ABG Studios, and mastered by John Niclario. The EP focuses on finding the positive balance in one’s life despite being surrounded by confusion. Throughout the EP, 7MIH continue to use a wide array of influences to create a unique sound and convey a sonic story-line for the listener, hooking you in with powerful vocals and guitar chords, energizing drums, melodic tones and soft keys.

Prior to “LOTL” the band already released “Symmetry”, the first single off the EP. Vocalist/Guitarist Timmy Rasmussen elaborates that the song is about reaching a breaking point and “realizing what once worked before, no longer does”. He continues by stating it is about “finding what’s right for yourself, taking a step back and reflecting on what needs to change around you and within yourself. Be yourself, what works for someone else usually won’t work for you – know yourself above all”.