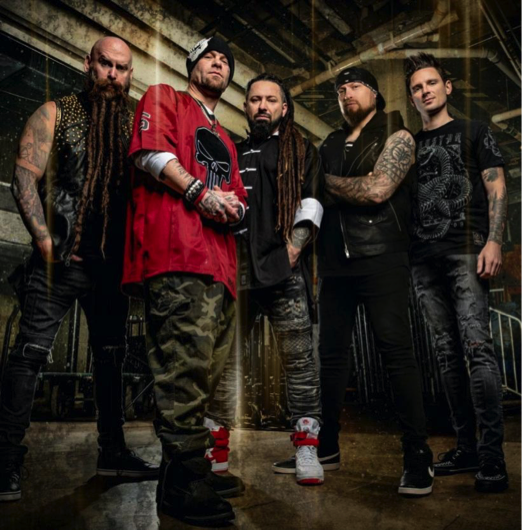 The new video can be watched here – https://youtu.be/nRAMLgLhPaM

“The Tragic Truth” was initially released in 2011 as a bonus track exclusive to the iTunes edition of FIVE FINGER’s third album, “American Capitalist”, and was also included on the second instalment of the group’s greatest-hits collection, “A Decade Of Destruction – Volume 2”, which came out on digital and CD formats in October 2020.

FIVE FINGER DEATH PUNCH said in a statement: “We wrote ‘The Tragic Truth’ in 2011 for the ‘American Capitalist’ album, but it simply wasn’t finished by the manufacturing deadline. Since the song was very important to us, we didn’t want to wait and hold it until the following album, so it was added as a bonus track to the digital edition. Consequently, it never really got the attention we intended for it and a lot of our fans are not even aware of its existence. It’s been a conversation for years to somehow circle back to this song, and we felt right now, on Ivan’s birthday, and two months from his fourth sober anniversary it is probably as good of an occasion as it can be to release this music video; as it is a visual journal of our story… The battle with addiction… the pain… the chaos … life and even death. A celebration of a victory, Ivan’s rebirth into a new life. It is also a message for those who are battling addiction right now: you are more than your addiction, and you are never alone. Seek help, fight back, it’s never too late… Ivan came back from thedead, literally. He was so far gone, if he can do it — you can do it. Let this be a testament to that.”

The band is currently in the studio working on new music for their forthcoming ninth studio record, to be released in 2022.

FIVE FINGER DEATH PUNCH are set to embark on a full European tour this summer. Full dates below.