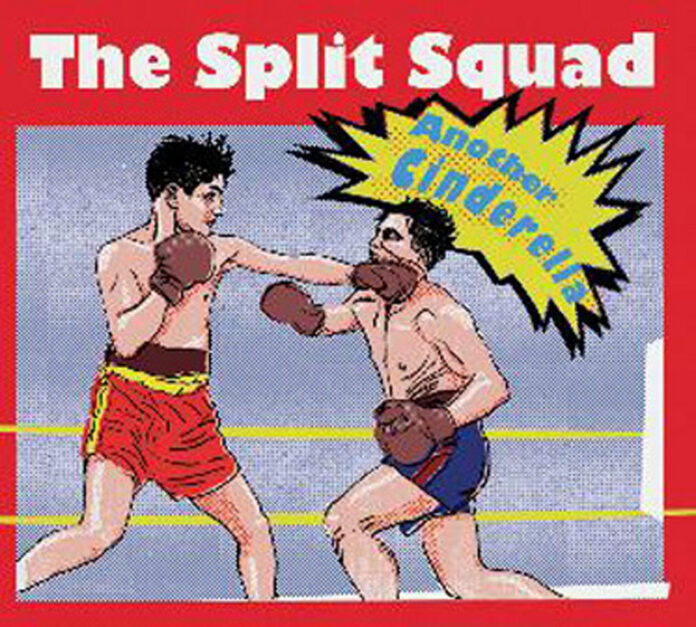 The album opens with ‘Hey DJ’ and it`s a delightfully melodic slice of pop and to me sounded like what I imagine The Ramones would have become if they took another direction. There`s some captivating jangly guitar riffs throughout and a brief solo in the latter part. Title track `Another Cinderella` is another enjoyably melodic tune with some griding guitar riffs and a thumping driving drumbeat. One again we have a cracking guitar solo on route.

`Palpitation Blues` is what it says on the tin a pulsating old style take on a blues number with some wonderful harmonica licks and enchanting backing harmonies. The vocals at times are almost screamed which really added to the overall sense of the number. I felt that ‘Taxi Cab’ had a real psychedelic almost Beatles/ Byrds like flavour or maybe I need to get my ears syringed. I have to admit it was a number I played a number of times before moving on, it`s wonderfully mesmerising.

The spine of ‘Invisible Lightning’ was the intoxicating drumbeat allowing a platform for the resonating guitar riffs and vocals to shine on this quite retro number that put me in mind of seventies British glam rockers The Glitter band. There was another period piece with the more soulful rockier `Showstopper` where we enjoyed brief solo piano and guitar cameos throughout with the steady and powerful drum keeping it all in check.

`Not My Monkeys` was a mid-paced rock out that made me think of power pop new wavers The Knack, a nice tune with some grinding guitar chords. I thought ‘Trying To Get Back To My Baby’ was a cracking toe tapper of a number and had me singing along. There was much to enjoy here with some great organ keys, vocal harmonies, complex drum rolls and guitar riffs, a well thought out composition.

`Sinking Ship` was another quite melodic rock number with some riveting guitar riffs and a strapping guitar solo almost reminiscent of George Thorogood. There`s a quite exquisite piano introduction to `As Bright As You Are` a gently shared ballad with some charmingly orchestrated strings accompanying the piano allowing the vocals to glide along. A track made for lighters and lit mobile phone screens.

I wasn`t sure what to make of `Bigger Than Heroin’ . It`s a big nigh on noisy slab of rock and felt like a song that developed from a jam into a finished piece but maybe that`s how they all do, I enjoyed the fuzzy bass, vocal harmonies, and quite dreamy guitar riffs throughout. This release closes out with `Hey (Soul) DJ` a reprise of the opening track but this time it`s a soulful outing. The brass and horn section was a sheer delight and blended so well. There were some interesting additional high pitched vocals towards the conclusion that gave it another slant. A nice arrangement to end on.

It may seem like i`m being a bit superficial but I found `Another Cinderella` was joyful to listen to. A release that has something for everyone as it encompasses the genres of rock, pop, soul, blues, and a touch of psychedelia. The band members and their additional guests are accomplished musicians and as they say cream always rises to the top as it does here in spades. If you have three quarters of an hour, it could be well spent giving The Split Squad and `Another Cinderella` a blast, it`ll be time well spent, I can assure you.