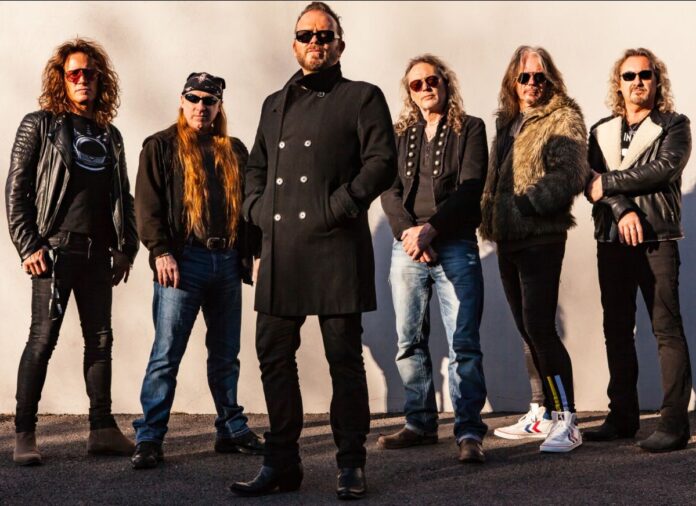 “When was the last time you heard a drum solo on a hit single? ‘Black Betty’ in 1977 maybe..? Well, stand by for Steevi Bacon’s atomic drums on Teenage Millionaires, this tune will blow your house down…” Greg Hart, CATS in SPACE, May 2022.

Yes indeed, only these CATS could dare to do such a thing! Using lyrical references to the legendary ‘Artful Dodger’ JACK WILD and the damning of the TikTok generation, all wrapped up in a rock sound fit for stadiums! From the revving of Lamborghinis to a thousand Gibson guitars and a ‘terrace of vocals’, TEENAGE MILLIONAIRES is a no nonsense ‘full throttle’ Glam-Rock classic.

Hot on the heels of the success of their first single Poke The Witch, aided by the stunning video directed by James Heron, which saw the CATS gain single of the week in Classic Rock magazine (beating off fierce competition from the guys of JELLYFISH no less) This new single will also have an accompanying video and is set to be released on yellow marble 7″ vinyl with two more collector cards. It is backed by a stunning live rendition of I Fell Out Of Love With Rock ‘n’ Roll recorded at RAK Studios, London, last year.

With recent and rather incredible news, that the band’s first single Mr Heartache featured in the Greatest 300 tracks of all time (once again in Classic Rock magazine) aided by early reports that Kickstart The Sun is already lining up to be album of the year for many, with demand for it seeing unprecedented manufacturing numbers of both the double vinyl LP and CDs, there really is no stopping these CATS in their quest for glory.

So as the new Kickstart the Sun album campaign hots up, CATS in SPACE once more continue their quest to bring those classic sounds of the glory days of rock back to where they belong…

***TEENAGE MILLIONAIRES is released on JUNE 3rd , with pre-orders starting from today, MAY 20th ***